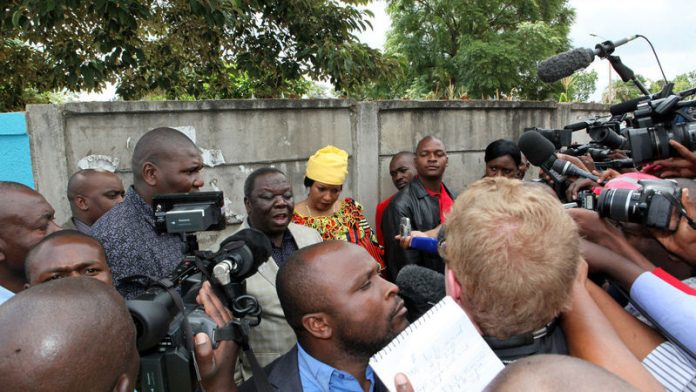 They "were arrested in Harare this morning", a source in Tsvangirai's office told Agence France-Presse, adding that the charges were not specified.

The three were detained by plainclothes police officers at their homes.

The vote is expected to approve new laws to curb President Robert Mugabe's powers, while permitting him to remain in office for another decade.

Mugabe and his rivals back the text, but a decade of unrest and upcoming elections have hung heavy over the poll.

A group of Movement for Democratic Change supporters were beaten on Friday and a party leader was seized by plainclothes police on referendum day.

Zimbabwe Lawyers for Human Rights said police who detained the latest group had been looking for a radio, but seized at least one document.

Zimbabwean police have launched a series of raids to seize two-way radios, a policy that rights groups say is an excuse for intelligence gathering and intimidation. – AFP