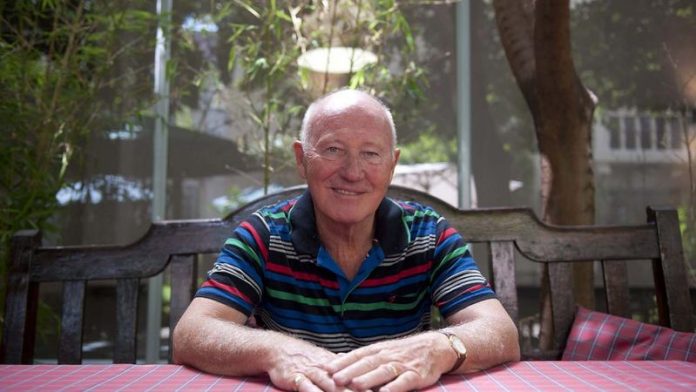 Spokesperson William Baloyi said on Tuesday the commission should be given space to complete its investigations and to focus on preparations for the upcoming hearings.

Baloyi said it was concerned about perceptions that the commission did not intend, or seemed to avoid, probing allegations of corruption, fraud and other wrongdoing against the ANC, its officials, members and other people associated with it.

Recent news reports highlighted a letter commission chairperson Judge Willie Seriti sent to attorneys Abrahams Kiewits Incorporated of Cape Town on February 26, in response to a demand they made on behalf of their client, veteran anti-arms deal campaigner Terry Crawford-Browne.

They demanded that the commission summons the ANC and its officials to appear to answer allegations against them and produce certain documents.

"The demand to summons the ANC is a typical example of another unfortunate experience that the commission has had in its interaction with Mr Terry Crawford-Browne and his attorneys, namely, the persistent attempt to prescribe to the commission how to conduct its work; in particular, whom to call to appear before it and at what stage."

Allegations
Evidence and allegations were not the same thing, Baloyi said. The commission was fully aware of the various allegations levelled against some officials and members of the ANC and other people associated with it.

These allegations formed part of the ongoing investigations the commission was busy with. Baloyi said there was a tendency for some people, including some media practitioners and commentators, to elevate allegations to the status of evidence before they had been tested.

"The fact is that even if there is evidence in the public domain implicating some people, it still has to be tested for veracity and credibility before conclusions can be drawn," Baloyi said.

The commission was in possession of massive documentation containing information implicating many people and entities in the subject matter of its investigations.

"The public must understand that before the information is properly interrogated in the upcoming public hearings, the commission cannot be party to any exercise to canvass it in the public domain and bandy around the names of those implicated," Baloyi said.

"We have a duty to safeguard the information placed at our disposal and not to divulge it prematurely."

Commission of inquiry
​The public hearings were due to start on August 5 and run until the end of November. A revised programme of action and a schedule of witnesses to be called, the dates on which each would appear, as well as the venue of the hearings would be released to the public timeously before that date.

"We trust that everybody, including the media, will give this commission the space to focus on the preparations for those upcoming hearings and complete its investigations," Baloyi said.

In October 2011 President Jacob Zuma announced that Seriti, a Supreme Court of Appeal judge, would chair the three-man commission of inquiry, assisted by judges Hendrick Musi and Francis Legodi.

In January, one of the commission's senior investigators, lawyer Norman Moabi, accused it of having a second agenda. Moabi, a former acting judge from Pretoria, alleged in a letter leaked to media that the commission was not transparent and concealed a "second agenda".

Moabi wrote in the letter, addressed to Seriti, that he was resigning because of interference and because he had lost faith in the commission's work.

In May 2012, commission secretary Mvuseni Ngubane was found dead in his car in Pinetown, KwaZulu-Natal. Police said a suicide note was found near the body, but parts of it were illegible because of blood stains. It was thus not clear why he committed suicide.

Zuma charged
Ngubane would have been responsible for managing the commission's budget and ensuring it had administrative support.

The multibillion-rand arms deal has dogged South Africa's politics since it was signed in 1999, after then Pan Africanist Congress MP Patricia de Lille raised allegations of corruption in Parliament.

Zuma was himself charged with corruption after his financial adviser Schabir Shaik, who had a tender to supply part of the requirements, was found to have facilitated a bribe for him from a French arms company.

The charges against Zuma were dropped in 2009. – Sapa