‘The Bible’: Obama-devil resemblance is coincidental 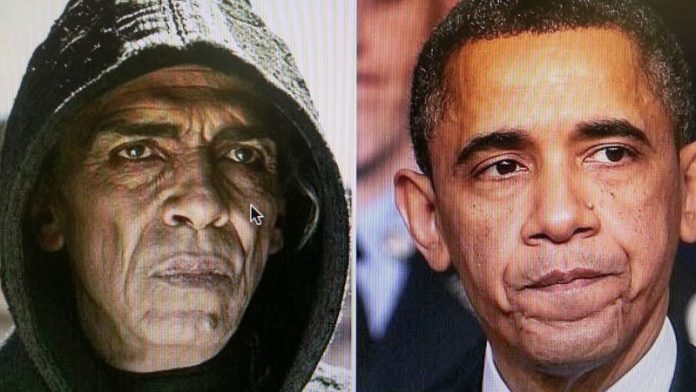 The controversy began after the History Channel aired the latest episode of the popular series on Sunday evening, with Morocco's Mohamen Mehdi Ouazanni playing the part of the devil.

Conservative commentator Glenn Beck said on Twitter, "Anyone else think the Devil in #TheBible Sunday on History Channel looks exactly like That Guy?"

The History Channel said producers of the show, which takes viewers through the stories of the Bible's Old and New Testaments, had no intent to cast an actor who looks like Obama as Satan, and that any resemblance was coincidental.

"This is utter nonsense," Mark Burnett and Roma Downey, executive producers of The Bible, said in a statement.

The actor who played Satan "is a highly acclaimed Moroccan actor," the producers said. "He has previously played parts in several biblical epics – including satanic characters long before Barack Obama was elected as our president."

Burnett is the Britain-born producer of the reality series Survivor and his wife Downey is best known for playing an angel in the 1990s series Touched by an Angel.

The History Channel said The Bible was produced with an "international and diverse" cast and that it was "unfortunate that anyone made this false connection."

A similar controversy broke out last year, when some viewers of the violent HBO drama series Game of Thrones noticed a prosthetic head on a stake shown in one episode bore a resemblance to former President George W Bush.

The creators of Game of Thrones apologised and said they did not shoot the scene with that intention.

On Sunday, The Bible was the most-watched show between 8pm and 10pm, with 10.8-million total viewers. Over 50-million viewers have seen at least part of the 10-part miniseries since it debuted on March 3. – Reuters

As Super Tuesday looms, there are five candidates left in the Democratic race. But the party must ensure it selects someone who will be able to defeat incumbent Donald Trump
Read more
Advertising
Continue to the category
National