E-tolls: ‘No remorse, no business’ 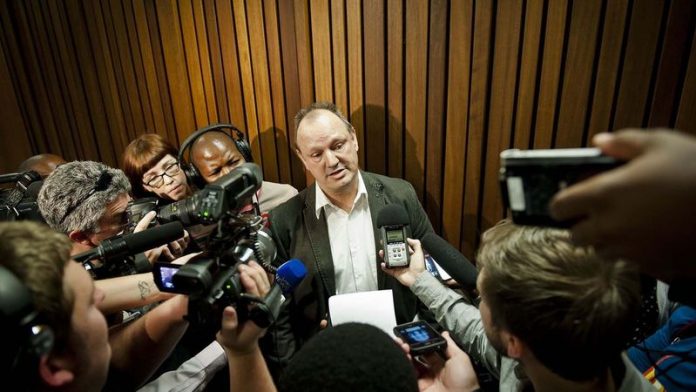 The government has been accused of "blackmailing" Avis Car Rental after the presidency moved its multimillion-rand car-hire contract to a competitor following the company's opposition to the e-tolling of freeways under former chief executive Wayne Duvenage.

The Mail & Guardian has seen correspondence between South African National Roads Agency Limited (Sanral) chief executive Nazir Alli and senior officials in the presidency that indicates that Avis must apologise to the government and publicly distance itself from Duvenage and the Opposition to Urban Tolling Alliance (Outa) before it would be allowed to do business with the government again.

Duvenage started Outa while employed as chief executive of Avis,  in an attempt to oppose the e-tolling of highways in Gauteng when he realised what the tolls would cost customers of car-rental companies. The move, and the subsequent court battle with Sanral over the e-tolls, reportedly angered the government.

An email from Alli addressed to Busani Ngcaweni, who heads the office of Deputy President Kgalema Motlanthe, and several senior government officials, reads: "A small addition to our list of car-hire companies that have signed up with us …

"Yesterday Avis (the red people) signed up with us. However, please do not hire cars from them yet. [We are] waiting to see visible signs of remorse. It is the right thing to do. No remorse, no business."

Ramping up communication
Ngcaweni responded: "I have refused a meeting with them until they publicly restate their latest position on the matter. They wanted an invitation to the [State of the Nation address], which I gladly declined.

"Now they are trying to ramp up communication on their black economic empowerment credentials. That matters less in this case.

"They must publicly distance themselves from Outa then we will be in business again. The presidency has already moved its multimillion-rand car hire contract from Avis to a competitor."

According to an insider close to the falling out, Avis's new management has been under tremendous pressure from shareholders to mend relations with the government. As a result, the company has joined a list of other car-hire companies that have signed up for e-tags for their fleets, despite its initial opposition to the tolls.

Earlier this month, Parliament passed the controversial Transport Laws and Related Matters Amendment Bill, which will be sent to the National Council of Provinces for concurrence. If it is passed, the Bill will make e-tolls the preferable way to fund new freeways, barring the outcome of a court case brought by Outa. Outa was granted leave to appeal in January by the North Gauteng High Court against the dismissal in December last year of its application to have e-tolling on Gauteng's freeways scrapped.

Duvenage said he did not know that the government was not doing business with Avis because of his involvement with Outa but that, if that was the case, it would be wrong.

"The government does have a tendency to scorn its critics, yet they sadly would have their facts wrong in this case," said Duvenage.

Exemplary record
"Avis is an organisation that has one of the highest broad-based black economic empowerment ratings and an exemplary record in the space of community and environmental protection. It is a model and leading corporate citizen and should not be punished because a past executive happens to be the spokesperson and chairperson of an initiative that took a stance against a flawed government decision."

Avis chief executive Keith Rankin said he was not sure why the presidency moved its business.

"I am not aware of the fact that the business was moved due to Wayne's involvement with Outa," said Rankin. "The presidency issued a tender last year and requested a proposal for car rental and chauffeur-drive services. We submitted a proposal and were informed that Avis was unsuccessful."

A government official, who spoke on condition of anonymity, said Duvenage's involvement with Outa angered both the government and Avis.

"He upset the government a lot with his opposition of e-tolls and taking it to court. He also embarrassed Avis and its shareholders because the company is running e-tolls all over the world. How do you turn around and attack the government while you're running e-tolls elsewhere," said the official, referring to the fact that Avis had a dedicated e-toll service in the United States, Europe and Australia. In some, if not all, situations Avis would get a transactional fee for collecting on behalf of the e-tolling company, said the government official.

Duvenage rejected suggestions that he was hypocritical.

"That's not hypocritical at all. We were aware that Avis has accommodated e-tolling programmes in other part of the world, but what does that have to do with the current situation here in South Africa?

Blacklist
"Whatever the reasons, mechanism and public consultation processes, alternative routes and public transport offerings these countries have to offer … are very different to the situation and conditions in South Africa," said Duvenage. " Because it works in other parts of the world doesn't necessarily make it right."

Thabo Masebe, the deputy president's spokesperson, said there had never been a decision by the government or any of its agencies, including Sanral, to blacklist Avis.

"The presidency never had a contract with Avis," he said. "It did have a contract with Phakisa World, which has a business relationship with Avis. The contract ran its course and in November 2011 the presidency entered into a new contract with another company. The role of Avis in Outa has nothing to do with the government's choice of which car rental company it does business with. Decisions on the awarding of contracts are made in terms of the Constitution and relevant legislation."

Masebe said the correspondence between Sanral and officials in the presidency about a decision not to do business with Avis was not a "reflection of the government position".

Sanral's head of communications, Vusi Mona, said the roads agency chief executive didn't issue a directive to sideline Avis until it publicly apologised to the government.

"We are not aware of any decision by the government and Alli has never taken such a position," said Mona.

The South African National Roads Agency Limited (Sanral) plans to go ahead with the tolling of the N1 and N2 highways that link Cape Town to the rest of the Western Cape and the country.

This week, the City of Cape Town said it was planning to interdict the start of the project.

Brett Herron, mayoral committee member for transport, roads and stormwater, said the City didn't have a full understanding of the financial implications of the project and that a review application launched by the City was yet to be decided by the Western Cape High Court.

"Previously … Sanral agreed that it would take no further steps to implement the toll-road project pending the City's review application being heard and that it would provide the City with 45 days' notice of its intention to start working on the toll project," he said.

Notification was received on March 6. This means that Sanral could start the project by April 20 without first resolving the City's concerns, Herron said.

The City of Cape Town applied for an interim interdict "in the public interest" because it believed that millions of people and businesses would be adversely affected financially by the proposed tolling.

Sanral estimated the cost of the project at R10-billion, after naming Protea Parkways Consortium as its preferred bidder in October 2011.

Sanral spokesperson Vusi Mona said Sanral is concerned about the bad state of some sections of the roads and wants to start working on them.

He said Sanral chief executive Nazir Alli had written to Cape Town mayor Patricia de Lille asking for a meeting to discuss the matter, and De Lille had agreed to meet him. "We are surprised that the City intends to approach the courts but they are within their rights to do so," said Mona. – Andisiwe Makinana