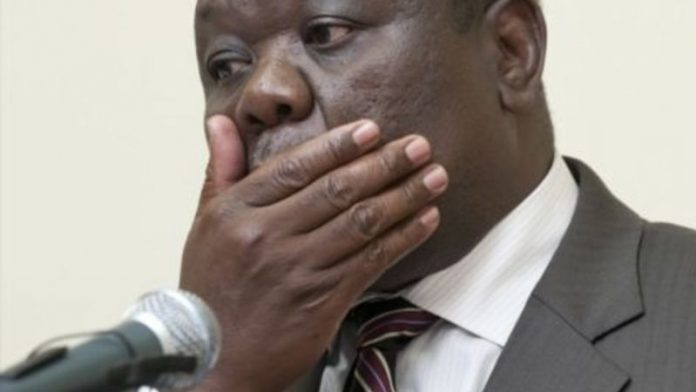 The arrests occured a day after four colleagues arrested earlier were denied bail, said a spokesperson on Friday.

The reason for their arrest is not yet known, and police were not immediately available for comment.

The incident followed Sunday's arrest of Thabani Mpofu, director for research in the prime minister's office, and three other colleagues, and their lawyer Beatrice Mtetwa as the country held a referendum on a new constitution.

The four staffers were charged with breaching the state secrecy code and impersonating the police.

Mtetwa faces a charge of obstructing the course of justice for allegedly shouting at police during a raid of the prime minister's communications office. All of them were on Wednesday denied bail in a magistrate's court.

"The prime minister takes this attack on his office as an affront to democracy and to the rule of law," Tamborinyoka said.

Tamborinyoka said he told regional mediators trying to iron out tensions between Tsvangirai and President Robert Mugabe about the detentions and what he called "the deteriorating situation as we begin preparations for the elections".

After largely voting in favour of the new constitution in the weekend referendum, Zimbabwe will go to the polls later this year to end a shaky power-sharing government between veteran president Mugabe and arch-rival Tsvangirai. – AFP