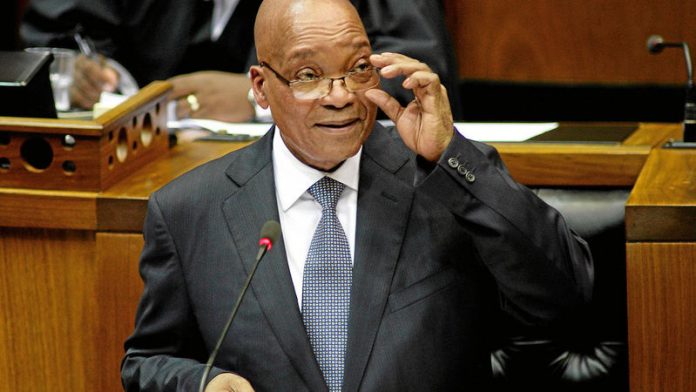 "The [ANC] national executive committee [NEC] collective decided to dissolve the NEC of the Youth League precisely because of its continued ill-disciplined behaviour, which has brought the organisation into disrepute on numerous occasions," he said in a speech on Friday prepared for delivery at the KwaZulu-Natal ANC provincial general council.

"On the same measure, we further decided to dissolve the Limpopo provincial executive committee [PEC] because of institutionalised factionalism, which is un-ANC [sic]," he said.

"We encourage all our structures to draw positive lessons from this experience and forge ahead with the selfless struggle to make the lives of our people better."

Zuma said nothing should be allowed to stand in the way of unity in the party.

"Let me take this opportunity to commend the comrades in erstwhile leadership of the Youth League and also the former Limpopo PEC for the manner in which they have responded to this directive from the organisation," he said.

"They have respected the decision with humility and discipline. They have behaved in a manner that we expect ANC cadres to behave, to respect the authority of the organisation."

"The time for leaking information to the media and using journalists to divide the ANC must also come to an end. Already we are seeing progress in this regard."

He said the African National Congress's national conference in Mangaung in December had helped to draw a line against ill-discipline and factionalism.

"What stood out about that conference as well was the high levels of discipline and order. We proved that our movement remains an epitome of democracy and political maturity in the manner in which the conference was conducted," Zuma said.

"Mangaung went smoothly and successfully, despite the so-called wise predictions from some sections of the media and analysts, who were saying authoritatively that the ANC would implode in Mangaung."

He said the ANC would mobilise millions of South Africans to defend the "gains of this hard-won democracy" during the national elections next year.

'Unity and cohesion'
"We must prove to our people in word and in action that the ANC remains the only organisation capable of mobilising the broadest strata of society for fundamental social transformation," Zuma said.

"We need unity and cohesion. That is why we commend the KwaZulu-Natal province for working hard to achieve unity in the province, which has led to enormous success both in the ANC and governance."

He congratulated the province for the way it had dealt with the "leadership question" at recent conferences.

"You have demonstrated that the unity of the ANC and its cohesion is more important than who is at the helm," Zuma said.

"That is an important spirit, because the ANC is not about fighting for positions. It is about sacrifice, dedication and commitment." – Sapa

Speaking before the Zondo commission, the former minister refuted claims by Bosasa executive Angelo Agrizzi that she had dodgy ties to the firm
Read more
Advertising
Continue to the category
National