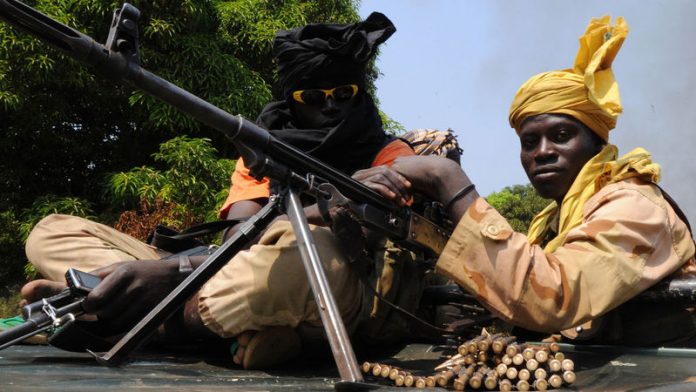 "These soldiers were true sons of the continent who were willing to give up their lives in the interest of ensuring peace in the continent," said ANC spokesperson Jackson Mthembu.

"Their selfless commitment has left an indelible mark in the relations between South Africa and the Central African Republic."

On Monday, President Jacob Zuma announced that 13 South African soldiers were killed and 27 wounded in clashes with rebels. One soldier was still missing.

In January this year, Zuma authorised the deployment of up to 400 South African soldiers to the CAR as part of a military co-operation agreement between the two countries.

Only 200 of the soldiers had been sent at the time of the attack and it was this group which, at the weekend, fought armed forces numbering over 1 000.

Mthembu said the soldiers' deployment had been "consistent with our policy of building fraternal relations with countries of the continent."

The soldiers had been sent to rebuild the military and infrastructure of the country, as well as to keep the peace, he said.

Withdrawing SA forces
The party was "saddened" by the deaths and injuries.

"We bow our heads as a sign of honour they deserve," said Mthembu.

Meanwhile, a number of organisations called for the remaining South African soldiers in the CAR to be brought back home.

Congress of South African Trade Unions spokesperson Patrick Craven said the defence force leadership should "do everything possible to protect the safety of the remaining soldiers and withdraw them at the earliest opportunity".

On Monday, Zuma said the South African government had not taken any decision to withdraw the army from the CAR.

"There has been no reason for us to leave. What we've been looking at is how do we enforce our forces, how do we ensure that there are no further casualties," said Zuma.

In response, Freedom Front Plus spokesperson Pieter Groenewald said: "All soldiers should be removed from the area immediately to prevent further loss of life."

Bring the troops home
The South African National Defence Union national secretary Pikkie Greef also said government needed to make the decision to bring the troops home as the soldiers had been given "a mandate that is impossible to execute".

Democratic Alliance spokesperson David Maynier said the soldiers should not have been deployed to the CAR in the first place.

"The priority must therefore now be to withdraw the South African National Defence Force from the CAR."

His party would call for an inquiry to be established into what led to troops being sent to the CAR.

The African Christian Democratic Party (ACDP) said the deaths in the CAR indicated that the South African military needed a larger budget.

ACDP spokesperson Steve Swart said that according to United Nations reports, the South African troops had actually asked the French to help evacuate them.

"This regrettably illustrates South Africa's lack of airlift capacity to quickly extract its troops when required."

Bozize flees to Cameroon
The South African Security Forces Union president Bheki Mvovo said if, in hindsight, it was shown that the troops had not been given adequate support, "tough action should be taken".

Rebel leader Michel Djotodia said he planned to declare himself president after his Seleka coalition took control of Bangui in the wake of the collapse of a two-month-old peace deal with Bozize's regime.

Following initial mystery over Bozize's whereabouts, the president's office in Yaoundé announced in a radio broadcast that he had "sought refuge in Cameroon" and was "awaiting his departure to another host country".

Meanwhile, South Africa said 13 of its soldiers were killed and 27 wounded in the weekend fighting in Bangui – the country's heaviest military loss since the end of the apartheid era.

"As a member of the African Union, South Africa rejects any efforts to seize power by force," President Jacob Zuma told reporters, adding that there were no immediate plans to withdraw troops deployed alongside the weak national army.

The African Union took swift action amid international concern about the deteriorating security situation in the deeply unstable former French colony, a poor and landlocked nation with unexploited mineral wealth.

"The council has decided to suspend with immediate effect Central African Republic from all African Union activities and to impose sanctions, travel restrictions and an asset freeze on Seleka's leaders," said AU peace and security chief Ramtane Lamamra.

Djotodia, a former civil servant turned rebel leader, said on Sunday that he would declare himself president but told Radio France Internationale the rebels would respect the terms of a January peace deal and hold free and fair elections by 2016.

Opposition figure Nicolas Tiangaye, appointed prime minister of a national unity government formed as part of the accord that ended a previous Seleka offensive launched late last year, would remain in the post, he said.

Djotodia said he may keep some ministers from Bozize's clan in his government, pledging: "We are not here to carry out a witch-hunt."

Bangui residents initially welcomed the rebels, waving palm leaves in celebration, but the optimistic atmosphere quickly turned into anxiety as gangs of armed looters roamed the riverside city, pillaging shops and offices including the premises of the UN children's agency Unicef.

Some 20 members of Bozize's family have crossed the border into the Democratic Republic of Congo, the Kinshasa government said.

The international community has expressed concern over the situation in the Central African Republic, which remains one of the poorest nations on earth although it has largely untapped mineral wealth including uranium, gold and diamonds.

The US state department said on Sunday it was "very concerned by the worsening humanitarian situation in CAR and credible, widespread reports of human rights abuses by both national security forces and Seleka fighters".

It also called for rebels to restore electric power and water supplies to the capital after sabotaging them over the weekend.

French President Francois Hollande called on all parties to form a government in accordance with the January peace deal hammered out in the Gabonese capital Libreville, and asked "the armed groups to respect the population", thousands of whom have already fled Bangui.

Rebel fighters resumed hostilities last week after they accused Bozize of reneging on the terms of the January deal which aimed to put an end to a previous offensive launched by Seleka in December.

The accord brought several prominent figures from Seleka into the government but it collapsed after the rebels said their demands, which included the release of people they described as political prisoners, had not been met.

Djotodia has pledged to uphold January's peace agreement, saying: "We will always remain in the spirit of Libreville."

Seleka launched its first offensive on December 10, accusing Bozize of having failed to honour an earlier peace agreement. They seized a string of towns on their way south but stopped short of Bangui.

The state, which has a population of about 4.5-million, has been unstable since its independence from France in 1960, with a history of coups and mutinies. – AFP