Brics still clearing out the rubble for development bank 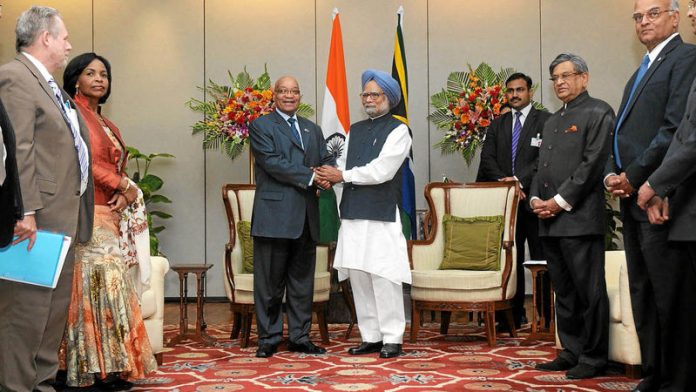 Anton Silaunov, who spoke before the signing of several bilateral agreements between Russia and South Africa at Durban's International Convention Centre, said agreement still had to be reached on the financial contributions Brics's (Brazil, Russia, India, China and South Africa) members would make.

Other issues yet to be resolved were whether voting rights would be accorded based on the size of member states' contributions or by consensus; and the bank's location.

Speaking through a translator, he said a "preliminary communique" would be signed on Wednesday.

Further discussions to iron out the differences would take place alongside the G20 summit in St Petersburg, Russia, in September.

Asked about the establishment of the bank, Finance Minister Pravin Gordhan told East Coast Radio: "We have had very good discussions and we will wait for the leaders to make the announcements where we are going with that process."

Gordhan's spokesperson Jabulani Sikhakhane said the finance ministers of the Brics countries met on Tuesday to discuss the setting up of the bank.

"The [finance] ministers met today and will report to the [Brics] leaders and then a decision will be taken."

He said no decision on the bank would be made without the consent of the Brics countries' leaders.

The idea of a Brics Development Bank was proposed at the fourth Brics summit in New Delhi, India, last year.

According to a report in the Hindu on Monday, the bank would start functioning in two years after details such as capitalisation, location and holding percentages were worked out. – Sapa

As Bolsonaro incinerates the Amazon, urgent action is needed for climate justice