Barca holds out for Messi for Champions League quarterfinal 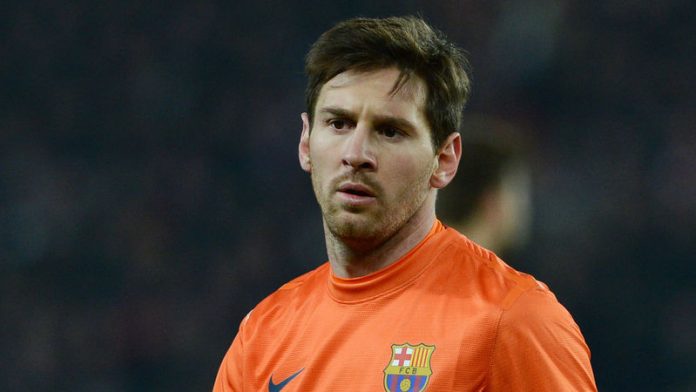 If he can't heal a right hamstring he pulled during the last week's first leg in Paris, Barcelona may opt to use Fàbregas in the position of "false nine" that has proven to be successful with the Spanish national team.

Fàbregas filled in perfectly for the absent Argentinian in Saturday's 5-0 rout of Mallorca with his first career hat-trick. Forward Alexis Sanchez also made his claim to start against PSG with a brace and two assists for the former Arsenal midfielder.

Also in the last eight on Wednesday, newly crowned German champion Bayern Munich will take its 2-0 advantage to Juventus, after nine-time champion Real Madrid visits Galatasaray and Málaga is at Borussia Dortmund on Tuesday.

"When you don't have a player like Messi, it's obvious that you have a problem," Barcelona assistant coach Jordi Roura said. "[But] the squad has shown that it has enormous quality."

Barcelona can rely on its strong home record to reach its sixth straight semifinal. The Catalan side hasn't lost at Camp Nou in European competition since October 20 2009, when it fell 2-1 to Rubin Kazan, and PSG must win or get a draw of three goals or more to move on.

Ibrahimović's big body up front will again be PSG's main threat against a defence that has been hit by injuries. Centre backs Carles Puyol and Javier Mascherano are both out, leaving coach Tito Vilanova with the option of either little used Marc Bartra or a recycled defensive midfielder to pair with Gerard Piqué.

Barcelona got a boost on Saturday by the return of Eric Abidal as a late substitute a year after he underwent a liver transplant, but it is unlikely he is in condition to play against PSG.

"Everyone knows it will be difficult, I don't know how much chance we have to progress," Ancelotti said. "We have to be tough. We're not going there to defend, we can't afford to. We have to be brave, because to get to the semifinals we have to win."

Jupp Heynckes' side clinched the championship with a record six games to spare by beating Eintracht Frankfurt 1-0, but there were none of the traditional "beer showers" that usually accompany German title celebrations.

"We're not at the finish line yet," said Bayern captain Philipp Lahm. "There's a long way to go because we still have big targets."

Juventus escapes Munich
Juventus was dominated for most of last Tuesday's first leg, and was lucky to escape Munich only 2-0 down.

"We really want to have a great game so this dream can continue, even though we know it will be very difficult," Vučinić said. "But believing in dreams doesn't cost anything, we will do everything to try and turn the result around. We have to treat the game as if it was a war."

Juventus' task is made more difficult by personnel problems. Midfielder Arturo Vidal and defender Stephan Lichtsteiner, who both started in Munich, are suspended, and striker Sebastian Giovinco is injured.

Goalkeeper Gianluigi Buffon, who was criticised after the first leg, was benched on Saturday with the flu but will almost certainly be back.

Madrid put one foot into the semifinals with a 3-0 victory over Galatasaray at the Santiago Bernabeu from goals by the scoring trio of Cristiano Ronaldo, Karim Benzema and Gonzalo Higuaín.

Ronaldo went on at halftime to score one goal and set up another in Madrid's 5-1 rout of Levante on Saturday.

'Ambition to score'
"The series isn't over, although 3-0 is a good advantage," Ronaldo said. "If we go with the ambition to score a goal, we will go through fine."

Málaga struggled to hold on for a 0-0 draw against the sprightly Dortmund in their first meeting thanks to Willy Caballero's sound goalkeeping and the German side's lack of finishing touch.

Málaga and Dortmund both rested several of their first-choice players over the weekend.