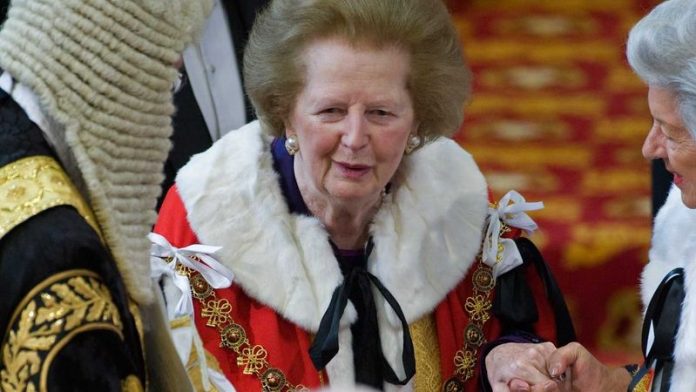 The former British prime minister proved a controversial personality in life as well as in passing as fellow tweeters shared their divided bitter-sweet thoughts.

… And in a message from Buckingham Palace, the Queen has said, "I won." #ThatcherDead

Some, however chose to steer away from a path laden with cheesy jokes and shallow metaphors, sticking to political statements and analysis instead.

Her legacy lives on in the current government, so we will never be truely rid of her! Can you hear the cackling laugh? #ThatcherDead

Thatcher will always be remembered as Britain's first female prime minister, but more than that, it was her political stronghold as leader of the Conservative Party and some of the choices she made while in power that made her notorious.

@jay_worrall unfortunately the world is worse place cos #Thatcher existed, #ThatcherDead but her ideology is embedded deep in capitalists…

As news organisations raced to publish the story, some ironic errors crept in.

Oh dear someone at CNN obviously didn't get the memo – runs obit pic of Thatcher with Jimmy Savile: twitter.com/fieldproducer/…

It's not surprising that her death has stirred the emotions of many.

It's been 23 years since she stepped down, but the battle of the rich getting richer and the poor getting poorer – a sentiment which personifies her leadership for many, still rings true in many economies.