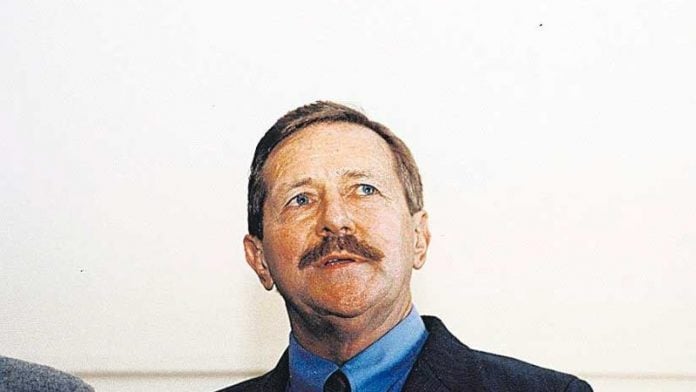 "He is very sorry about the whole thing," Coertze said.

Limpho was reportedly reluctant and asked for privacy as the family was preparing for the 20-year anniversary of Hani's killing on April 10.

"There is an outstanding matter with them as far as the [Truth and Reconciliation Commission] is concerned; they need to have full disclosure from the people who were involved in the assassination of Chris Hani … That's the reason they were denied amnesty. They did not tell the truth."

Derby-Lewis was sentenced to 25 years' in prison for his role in the 1993 killing.

He arranged a firearm for hit-man Janusz Waluś. Both were initially sentenced to death but this was commuted to life in prison when the death penalty was abolished. – Sapa

Nelson Mandela’s release from prison was also South Africa’s first ‘media event’. And, despite the NP’s, and the SABC’s, attempt to control the narrative, the force of Madiba’s personality meant that he emerged as a celebrity
Read more
Friday

Behind JM Coetzee, the writer lauded for his ‘wonderfully brave, bold mind’ , is John Coetzee, the quiet man
Read more
Advertising
Continue to the category
Politics