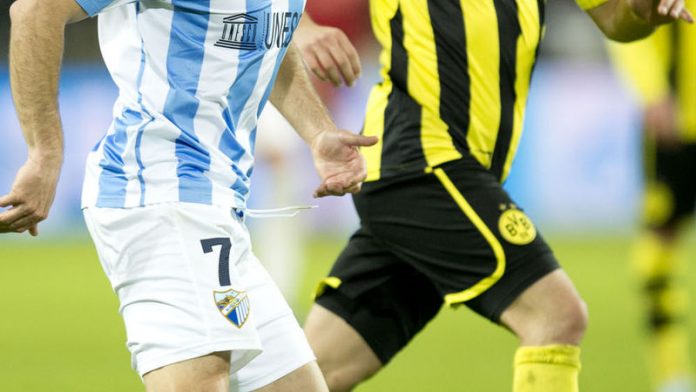 Dortmund scored two goals in 70 seconds in added time at home on Tuesday to reach the last four of the Champions League after their dramatic quarter-final finished 3-2 on aggregate after last Wednesday's goalless first-leg in Malaga.

"This is not football, but racism, clearly," Abdullah bin Nasser Al-Thani wrote on his Twitter account after his side were denied a Champions League semi-final place on their first season in the competition.

"I hope to open a thorough investigation Uefa regarding the Spanish club out this way [sic].

"Thank you very much for the team, you have been Champions on the pitch, I'm sorry to go out this way [to] injustice and racism."

After the match, the Spaniards' coach Manuel Pellegrini was highly critical of Scottish referee Craig Thomson, but Malaga's second goal by Eliseu, eight minutes from time which had made it 2-1, was also shown to have been offside.

'Sense of injustice'
​"It was like there wasn't a referee on the pitch at the end, it was chaos in the closing stages, there were six or seven things which went unpunished in our area," fumed Pellegrini.

"There was a chain of mistakes. Whatever needs to be changed, must be changed."

Malaga's sense of injustice was reflected in the Spanish media.

"There is nothing that can be written nor said on the injustice experienced last night in Dortmund in just 71 seconds," wrote Marca.

"The whole of Spain will continue to have reasons to think that [Michel] Platini [Uefa president] has something against this club [Malaga]," it added, referring to the club's one-year ban from European competitions from next season for non-payment of debts.

Another sports daily, As, railed against the refereeing, declaring: "A disgraceful linesman, incapable of seeing from under his nose a guy [Santana] two metres away, ending the dream of an entire city in the cruellest and most injust way possible." – AFP