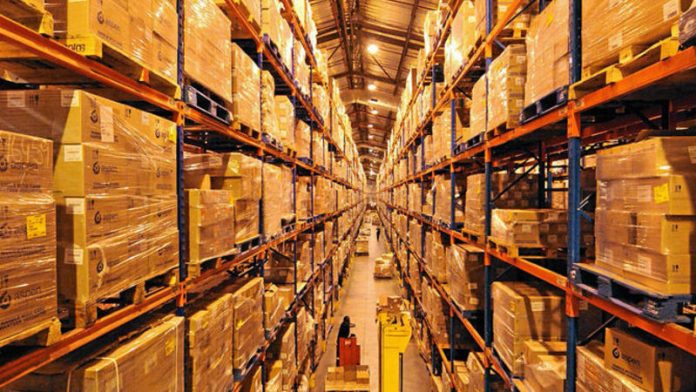 The fickleness of fortune when it comes to ­business has never been more clearly demonstrated than when comparing the circumstances in which two pharmaceutical companies now find themselves.

Adcock Ingram, 10 years ago the darling of pharmaceutical stock, suddenly found itself fending off a buyout bid by diversified industrials company Bidvest. In contrast, Durban-based Aspen Pharmacare Holdings, which was started in 1997 in a suburban house, is now the largest generic drug company in South Africa, with a 20% growth in profit to December 2012.

Few analysts were surprised that a buyout offer was made by Bidvest for Adcock, which reported a 19% drop-in operating profit to R869-million for the year to September 30.

The inevitable question is why two South African companies, starting off in the same market with similar environmental challenges, now find themselves in such different positions. Analysts inevitably point to the very different management styles of Stephen Saad, the founder of Aspen, and Jonathan Louw, the chief executive of Adcock. Saad is considered more entrepreneurial and visionary, whereas Louw is seen to be more ­conservative and careful.

A serious impact
It is clear that the decisions made by the two leaders have had a serious impact. Adcock set up an acquisitions division only last year, which explains why 94% of its revenue for 2012 was from South or Southern Africa. Aspen has expanded into Australia and bought out a portfolio of 25 medicines from its 17% shareholder, GlaxoSmithKline.

Alec Abraham, a health analyst at Vunani Securities who has conducted detailed research into the pharmaceutical sector and these two companies, supports a position put forward by Louw over the years, that the chief executive inherited a company that, upon unbundling from Tiger Brands, lost some key money-making products that had provided its economic backbone, as well as its research and development ability and access infrastructure.

Louw, a medical doctor and MBA graduate, entered the pharmaceutical market in 1999 after working in the United Kingdom. The company he now heads was bought by Tiger Brands in 1998, but unbundled from Tiger Brands and relisted on the JSE in April 2008.

Abraham said Adcock had "long held a dominant position in the private ethical pharmaceutical market and had enjoyed superior channels of distribution and access to the fragmented retail pharmacy and fast-moving consumer goods markets".

'Unable to compete with companies'
Panado, Compral, Corenza and Vita-thion are among some of its more iconic brands. After the relisting of Adcock, the company had to redevelop its distribution infrastructure. This occupied time that should have been spent growing the company. "It suddenly found itself unable to compete with companies such as Aspen, which had built up good distribution channels," said Abrahams.

Management came into play in the company's inability to foresee the effect that new health-sector regulations would have on it, including the introduction of generic medicine and the capping of scheduled pharmaceutical prices.

Abraham and Sasfin's David Shapiro put the blame for Adcock's initial problems on Tiger Brands. "The move to generics and decreasing Adcock's dependence on over-the-counter brands should have started under Tiger Brands' management," said Abraham.

"It's not clear whether Adcock was not a priority for Tiger Brands, but it did not appear to invest [in it] at all and when it unbundled Adcock, it kept some of the good brands. Before the unbundling, 70% of the goods that could be found in most pharmacies were Adcock products and afterwards the products were closer to 40%."

Shapiro said it was clear that, for Adcock to reap the benefits now, it should have started to move into the generic market a decade ago. Abraham said another challenge was the large commercial ownership of pharmacies.

"This meant that Adcock was now negotiating with big brands such as Clicks, which placed it at a serious disadvantage when it came to negotiating."

It does not help that the company's top-selling painkiller, Synap Forte, has yet to receive the go-ahead for distribution by the Medicines Control Council after being pulled from the shelves because of concern about the medical side effects of certain components.

Abraham said Louw had spent the past few years reinvesting in the company just to get it back to the position it was in before the unbundling – at the head of the patented medicine market.

Not taken seriously at first
The acquisition of India-based pharmaceutical company Cosme Farma Laboratories for R745-million, which was concluded at the start of 2013, has been hailed as a promising indication of Adcock's plans for growth in emerging markets.

Aspen, up against the impressive Adcock when it started, was not taken seriously at first. In 2009, Adcock unsuccessfully tried to buy Cipla Medpro SA.

As Shapiro put it: "For years, Aspen's share price did nothing while Saad was building up the company. Adcock had the obvious advantage. It had a strong base and a good medical supply company, Baxter."

Aspen came on to the JSE in 1998, when it reverse-listed into Medhold, changing its name to Aspen Healthcare Holdings in January 1999. A few months later, it acquired SA Druggists through a successful hostile takeover. The company became Aspen Pharmacare. It was the acquisition of SA Druggists that catapulted Aspen from a tiny operation into a huge business. Appreciating the potential demand for HIV and tuberculosis medication, Aspen sold off almost everything except SA Druggists' manufacturing capabilities.

Over the next decade, Aspen signed agreements with multinational pharmaceutical firms, gaining the rights to make and market generic versions of their product. It initially focused on antiretrovirals, but eventually branched out into other drug categories.

Growth strategy
At the same time, it embarked on a growth strategy that entailed extending its operations into sub-Saharan Africa, the United Kingdom, Latin America and Asia Pacific. More than 40% of its operating profit is now accrued outside South Africa.

An investor who did not want to be named said there was huge potential for Aspen to expand in Australia, which has a much larger drug market than South Africa. Aspen's current share of the market through generics is relatively small, leaving room for growth. In 2011, it completed acquisition of the generic business of Australia's Sigma Pharmaceuticals.

In September last year, after the release of Aspen's annual results, Saad said he "logically expected the Asia Pacific region to become the largest region within the Aspen environment". The region went from 23% of the company's revenue in 2011 to 37% in 2012.

Abraham said that, in buying 25 drug brands from Glaxo for R3.5-billion, Aspen was indicating that it was also considering competing in over-the-counter brands, which meant even more competition for Adcock. The brands include Amoxil, Augmentin, Kapanol, Lamactil, Zantac and Zofran.

No plain sailing
Aspen is among the top 20 performing JSE All Share Index shares to November 2012, according to wealth and asset management firm Anchor Capital.

It has not been a case of plain sailing for Aspen, though. The company faced challenges in Latin America because of the overvaluation of targeted assets, deputy chief executive Gus Attridge said when the group's interim results were released in mid-March.

It is also struggling to enter the African market, withdrawing sales representatives in Nigeria and Kenya last year because of unrest. Shapiro is supportive of a Bidvest buyout, which he believes would unlock value in Adcock.

"The price [about R6.2-billion for a majority share] being offered is fair and someone like Brian Joffe [Bidvest founder and chief executive] would be able to unlock the value in that company."

Portfolio manager Alida Jordaan, of Old Mutual Investment Group, which has a shareholding of more than 6%, told Reuters that the offer seemed "fair".

If that is an indication of the view of key shareholders, it is not surprising that Joffe chose to go directly to them after receiving opposition from the board.

The top shareholder, with 14% of Adcock, is the Public Investment Corporation (PIC), which is also one of the top shareholders of Bidvest. Other shareholders include Blue Falcon Trading, Liberty Life Association of Africa, Stanlib and the Mpho ea Bophelo Trust.

Responding to comments that some shareholders, such as PIC, have said that Adcock is worth more than Bidvest is offering, Shapiro said: "There will always be shareholders who feel that more should be paid, but Bidvest is paying for the company as it stands, not based on what it might do in the future with a different strategy."