Highs and lows of Thatcher’s iron grip on economic policy 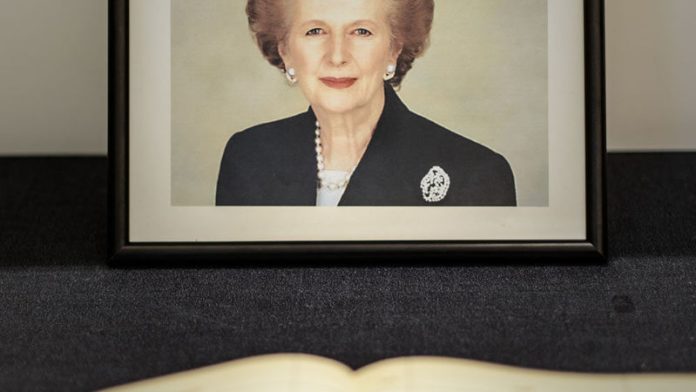 The death of Britain's former prime minister Margaret Thatcher has divided supporters and opponents over the import of her legacy, and statistics support the incongruous effect of her economic policies.

The Conservative Party leader wielded a famously heavy hand over fiscal policy, leaving strongly divided opinions of her leadership. These range from the current Prime Minister David Cameron's "extraordinary" to the British National Union of Mineworkers' accusation that it was "fatally flawed".

Immediately after Thatcher gained power in 1979, economic growth plummeted more than 6% to -2%. Growth remained negative for the next two years, but became positive again in 1981. With the exception of one dip in 1984, it remained that way until just before Thatcher resigned.

Despite one massive peak, generally low inflation sustained a 20-year-long property boom. But at the same time, unemployment almost trebled. 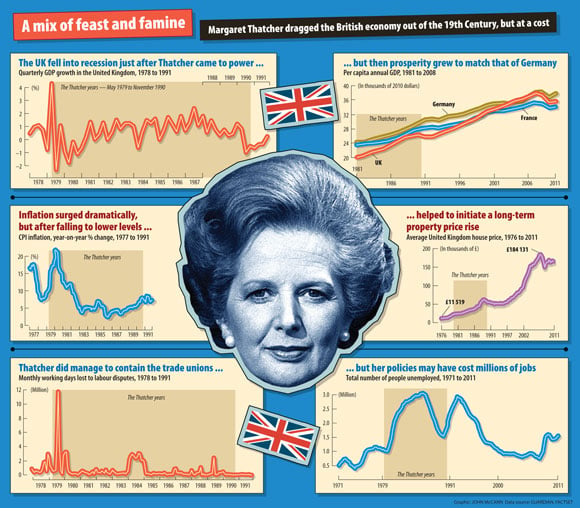