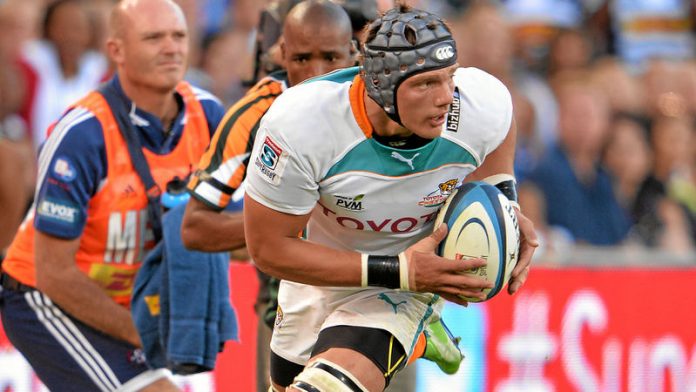 When the 2013 Super Rugby ­season is consigned to history, the moment that may linger is not a dazzling flyhalf sidestep or a diving try at the corner flag, but a heel against the head after the hooter in Bloemfontein. The Stormers had done the hard work and regained the lead late in the game, but a moment of weakness up front may well have consigned them to also-ran status this year.

The Cheetahs took the ball up field from the scrum and forced the winning penalty. Clearly, they are beginning to reap the rewards of patience with two of their young props. The decision was taken two seasons ago to try to turn Coenie Oosthuizen into a tighthead. Several injury enforced lay-offs have not helped, but on the evidence of his impact in the second half of Saturday's game, he may be the principal challenger to Jannie du Plessis in the national side this year.

Then there is the case of Trevor Nyakane, the young loosehead from Bushbuckridge. Spotted early and placed at Ben Vorster in Tzaneen, Nyakane represented South Africa at nder-20 level and joined the Cheetahs in 2010. He was rarely as-ked to play more than half an hour a game for a few seasons, but against the Stormers, he was there at the start and the finish, carrying the ball on destructive runs and giving the visitors hell at scrum time.

Nyakane may be another example of the way players improve in a winning culture. The Cheetahs have now won five games in a row, the best sequence in their Super Rugby history. Along the way, they have built a formidable pack of forwards, with the remarkable Adriaan Strauss pulling the strings up front and the fit again Heinrich Brussouw galvanising yet another dynamic Free State back-row unit.

Brussouw's constant foraging sets him apart from every other South African flanker and, with the first Springbok squad of the season announced on Monday, expect more moans about why Heyneke Meyer cannot find a place for the Cheetah at international level.

Robert Ebersohn made it into Meyer's squad, as did Strauss and Raymond Rhule, but there was no room for Brussouw or Lappies Labuschagne or, for that matter, Willie le Roux. The national coach is nothing if not loyal, but quite why he would ignore that trio while ­inviting injured players such as Bismarck du Plessis and Willem Alberts, or the patently out of form Frans Steyn to Cape Town is hard to fathom.

Encounter as a spectator
If the Cheetahs fall from grace against the Bulls in Pretoria this weekend, Meyer will be entitled to say "I told you so", but there is no guarantee of that happening. The Bulls return from a bye weekend after a largely disappointing tour of the Antipodes with much to prove. Players such as Pierre Spies, Zane Kirchner, Janno Vermaak and Francois Hougaard are all in Meyer's squad, but none could be described as being at the top of their game right now.

The same could be said of Frans Steyn, who returned to the Sharks side at fullback against the Crusaders last week. A World Cup winner in 2007, Steyn is still a month short of his 26th birthday. He should be at the peak of his powers, something that is clearly the case with Sharks wing JP Pietersen, a mere nine months older than Steyn.

Yet Steyn spent most of Saturday's encounter as a spectator, clearly worried about joining the three-quarter line in case he could not make it back to the fullback position in the event of a turnover. It may be that, unless a new fitness regime returns Steyn to sensible dimensions, his future in first-class rugby lies not at fullback, wing, centre or flyhalf – all positions that he has filled for the Springboks – but at eighth man.

Two months into their campaign, the Sharks have no room for unfit players. Louis Ludick, Willem Alberts and Jean Deysel are being nursed back to health, but as a stop gap management has called up Jaco Kriel and Andries Coetzee from the Lions.

Bismarck du Plessis is constantly "five weeks away from playing" and the rumour mill suggests that he may never actually don a Sharks jersey again. Perhaps John Smit, announced this week as the successor to Brian van Zyl as Sharks chief executive, will be forced into action on the field rather than off it.

With everything that has been thrown at them, however, and that includes another nasty post-match incident at Kings Park last Friday night, the Sharks will carry great confidence into this week's encounter with the Stormers in Cape Town. By contrast, the home side knows that defeat will leave them with a mountain to climb to make the play-offs.

Last year, the Sharks shook off the effects of jet lag to beat the Stormers in the Newlands semifinal. In retrospect, the psychological damage imposed that day was greater than anyone might have imagined. It seems that the Stormers, apparently on the cusp of a great era after winning the conference twice running, had in fact already peaked. It is all downhill from here.