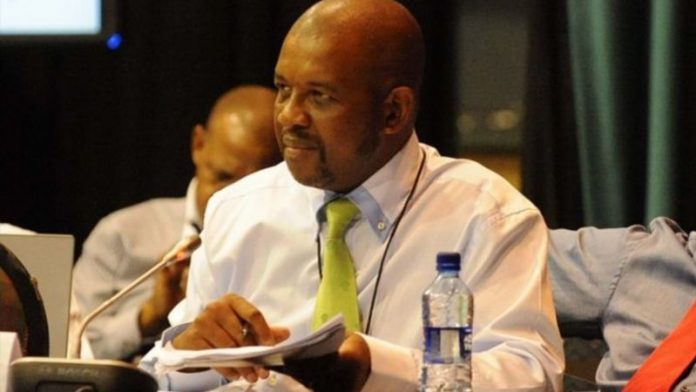 "He's in a stable condition and improving," Mpumi Mpofu said, but added that it was not yet known when he would be released from the East London hospital where he was recovering.

Brigadier Miranda Mills said no arrests had been made. "A normal investigation is continuing," she said.

Mpofu, who is representing miners involved in last year's police shootings in Marikana, North West, was attacked by two people while walking on a beach in East London on Thursday.

He was stabbed in the upper and lower body.

The former SABC CEO was believed to be on a short break before the Farlam Commission of Inquiry into the Marikana shootings resumes this week.

The commission is hoping to continue as planned, following the attack.

"We are engaging the legal teams where Mr Dali Mpofu works from," said Tshepo Mahlangu.

Options being explored include the possibility of Mpofu's team putting someone else in his place while he recovers, or for retired judge Ian Farlam and the evidence leaders to meet to see whether the sequence of the inquiry's programme can be changed.

"The commission has to continue," said Mahlangu. "We can't afford anymore delays."

Mahlangu said the commission was shocked and saddened by the attack on Mpofu.

"He is an important member of the commission, playing a very important role. We want to wish him a speedy recovery."

Mahlangu said the commission did not see a link between its work and the attack on Mpofu.

"Not at all. The police have said very clearly that it is robbery. There is no information that we have that seeks to suggest otherwise," he said.

He was walking along the beachfront on Thursday when a group of men confronted him, took his cellphone and stabbed him several times. He was in a stable condition in hospital.

Provincial police spokesperson Colonel Sibongile Soci said Mpofu was a victim of a mugging at the beach between Eastern Beach and Nahoon Reef in East London.

"It is alleged that he was attacked by two assailants and was robbed of his personal belongings. He sustained stab wounds to the upper and lower body, and was rushed to a hospital in East London. He is in a serious but stable condition," said Soci. "SAPS Detectives were summoned to the scene and are investigating a case of assault with the intent to do grievous bodily harm and robbery. No arrests have been made as yet."

Mpofu's role in the Marikana commission – where he is representing families of the 34 slain miners and arrested mineworkers – and his representation of the ANC Youth League's president Julius Malema during the ANC's disciplinary hearings angered many inside and outside the ANC.

At the beginning of the Farlam Commission of Inquiry late last year, Mpofu revealed that ANC deputy president and business tycoon Cyril Ramaphosa said in an email exchange between Lonmin management and government officials on the eve of the Marikana shooting that a 'concomitant action' was needed in order to address the illegal strike.

Mpofu is also the former chief executive of the SABC. Mpofu was paid R11-million to walk away from his job after a bitter fued arose between him, then-SABC board chairperson Khanyi Mkhonza Snuki Zikalala, whose contract as head of news and current affairs ended in April 2009.

Mpofu took the SABC to court after he was suspended for suspending Zikalala. Mpofu accused Zikalala of leaking confidential documents to other media outlets.

But, the board then suspended Mpofu saying he had no authority to suspend Zikalala. – Sapa