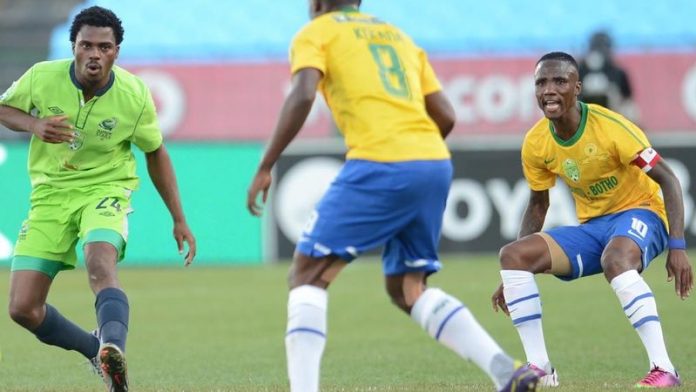 Lying 11th in the Absa Premiership standings, Sundowns have seven fixtures remaining to lift themselves to the top half of the table.

"We are going through a phase and it's normal in football, but we have to get out of it," Sundowns coach Pitso Mosimane said ahead of their league meeting with rookies University of Pretoria at Loftus Versfeld on Wednesday.

"We have to play top eight, regroup and do what we have to do. It goes without saying. The dream is shattered, so we have to try again [for silverware] next year."

The Brazilians' dismal season continued to trouble Mosimane, who took over from former coach Johan Neeskens in December, and he conceded that his side would have to look to the future and build towards a much improved showing in the next campaign.

"We're rebuilding the team. We're working very hard behind the scenes to rebuild this team and to awaken and shake this sleeping giant," Mosimane said.

"But it takes time, it's not as easy as we speak. We'll come back."

'We take our chances'
Tuks are in ninth place, four points ahead of the Brazilians, and locked in their own battle to finish in the top half of the table in their debut season in the country's top-flight.

"It's not going to be easy, no one is going to give it to you, so if we take our chances," Mosimane said.

"We should be okay [against Tuks], but they are tough and they are a good team."

Meanwhile, Mosimane said he understood that fans become frustrated at times, but he believed South African supporters had a nasty habit of jeering their own players.

Mosimane was involved in an altercation with Sundowns supporters on Sunday, after skipper Teko Modise broke the deadlock against Platinum Stars, seconds after jeers rang out against Modise for making an error.

Meeting fans' expectations
"The supporters have all the right to do or say whatever they want because remember, you have to understand what kind of a person a football supporter is," Mosimane said.

"He earns his money very hard and he saves his money for the match and he loves his team. But the fact is that it's unfortunate that it's a culture, and it's not only happening to me, it happens against Chiefs … it's life.