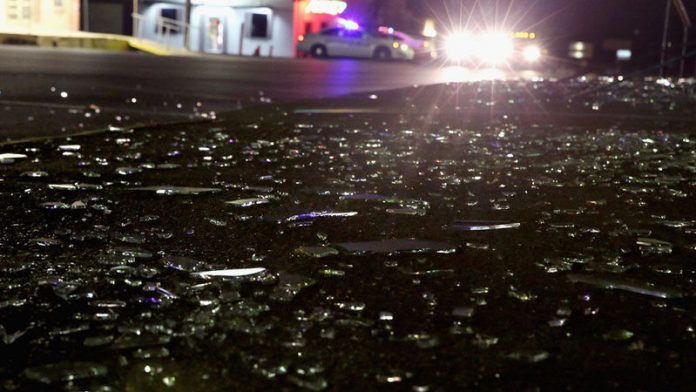 The explosion on Wednesday resulted in the spewing of toxic fumes that forced the evacuation of half the community.

Police said between five and 15 people were killed in the explosion in West, a town of about 2 800 people about 130km south of Dallas.

"I've never seen anything like this," McLennan County Sheriff Parnell McNamara said. "It looks like a war zone with all the debris."

The blast, triggered by a fire at the West Fertiliser plant, was reported at about 8pm in West.

The cause of the fire was unknown, officials said. Waco police Sergeant W Patrick Swanton said investigators would examine whether the blaze was the result of criminal activity or the result of a chemical reaction.

Firefighters missing
Earlier, West Mayor Tommy Muska told Reuters that five or six volunteer firefighters who were among the first on the scene were missing.

Firefighters had been battling the fire and evacuating nearby residences and a nursing home for about 50 minutes before the blast occurred.

Officials said flames that continued to smolder inside the plant posed two threats – the possibility of setting off further explosions and the emission of hazardous fumes into the town.

Swanton said a residual fire burning underneath additional chemical tanks had been brought under control "and I don't think that is any longer a threat".

Texas public safety department spokesperson DL Wilson said about half the town, about eight to 10 blocks, had been evacuated and that "we might even have to evacuate on the other side of town" if winds shifted. – Reuters

Other states were harder hit by the spill, but Texas is still receiving millions of dollars that can be used for vital restoration efforts
Read more
World

No human producer? No problem

A computer has, for the first time, been used to produce an album, but people are still needed for the creative side
Read more
World

Suspect in Austin bombings blows himself up as police move in

There have been six bomb blasts in Texas, but only five appear to be connected
Read more
Advertising
Continue to the category
Politics