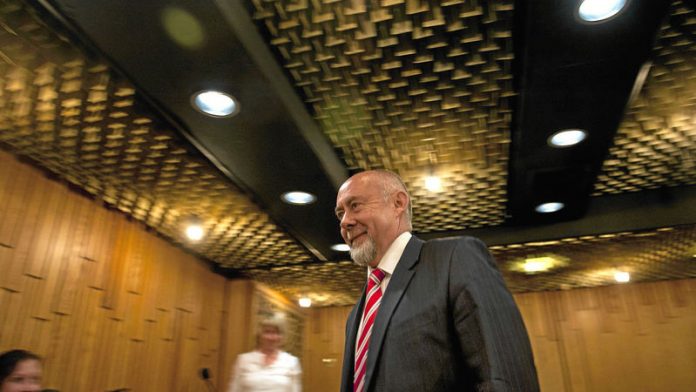 The Health Professions Council of South Africa's lengthy hearing into the conduct of Dr Wouter Basson, the former head of the apartheid government's chemical and biological warfare programme, which is now in its third year, has serious implications for the ethical standards to which we should hold medical doctors, including military doctors, accountable.

The outcome of the hearing will tell the world how Basson's peers feel his actions should be judged.

In a marathon criminal trial that ran from 1999 to 2002, Basson was acquitted of the many charges the state brought against him. The council's hearing is the only remaining forum that may hold Basson to account for his actions as head of Project Coast, the apartheid chemical and biological weapons programme.

The judge in the criminal trial found that Basson was head of a programme that was both offensive and defensive, in other words its purpose was to develop defences against chemical and biological weapons and to develop (among other things) chemical crowd-control agents.

It was also revealed both at the Truth and Reconciliation Commission (TRC) and Basson's criminal trial that scientists working for the programme under his leadership developed chemical and biological assassination weapons.

Scientific records from the Roodeplaat Research Laboratories, the facilities where chemical and biological agents were tested on animals, showed that scientists there conducted many cruel experiments on baboons, dogs and rats in an apparent search for substances that could kill without leaving any trace.

As head of the programme Basson, at the very least, allowed the perception to be created that it was acceptable and desirable for the vets and microbiologists who were part of the programme to do so.

Ultimate control
So far, the council's hearing has been dominated by mind-numbing legal technicalities that encourage us to forget or gloss over the details of the programme. Basson will rely on collective amnesia to cloak his past actions. His supporters will likely claim that he has been unfairly treated and has suffered for long enough, arguing that it is time to move on. He may maintain that his actions have no relevance today, that they exist only in the past and are more than compensated for by his subsequent "good deeds" as a private cardiologist.

Basson has said: "I closed this chapter of my life about 20 years ago and now work as a dedicated medical practitioner helping hundreds of thousands of patients. This case is politically motivated. I just wish I could get on with my life."

The victims of the chemical and biological warfare ­programme, however, remain mostly unnamed, most having lost not only their lives but also their identities. Their families are unlikely to be able to "move on".

Let us remember that the combined evidence considered during the trial and during the hearing of the TRC in 1997 reveals that Basson headed a top-secret military project over which he had ultimate control. None of the military leaders interviewed during the course of a five-year investigation into the programme, nor the surgeongeneral who was responsible for its overall conduct, knew much about it. This secrecy, and the fact that it made denial possible for those who had responsibility for the programme, is what has enabled Basson to recreate himself as an "ordinary" doctor committed to saving lives.

The programme focused on, among other things, the small-scale production of assassination weapons, large amounts of teargas, and street drugs.

In the hearing, former surgeon general Niel Knobel argued that Basson was a soldier following orders in extraordinary circumstances. However, this defence cannot hold in Basson's case. Basson had a meteoric rise through the ranks of the defence force, becoming a brigadier at an early age. He had an unusual degree of latitude in relation to his own actions and the direction of the programme; he had access to the chief of the defence force, the defence minister and even the president. At all times, he had access and influence over the highest echelons of ­apartheid decision-making.

We should remember that when Basson was interviewed by independent film maker Bob Coen for his documentary Anthrax Wars, which screened in South Africa in 2009, Coen put it to him that: "There was talk about an ethnic weapon Project Coast was working on, that was called the 'black bomb'."

Gruesome experiments
Basson's response was: "That was great, ja, that was the most fun I've had in my life." After this he spoke about how scientists employed by one of the front companies of the chemical and biological warfare programme tried to develop an anti-fertility vaccine. During the TRC hearing, these scientists testified that they believed the vaccine would be administered to black women without their knowledge or consent.

The council should hold Basson to account for being the head of a programme that developed assassination weapons and sought to produce biological and chemical agents that would kill without leaving any trace. Under the programme, gruesome experiments were conducted, like the one carried out by Dr Kobus Bothma, a member of the special military medical team.

In that instance, the three as yet unnamed victims of an experiment conducted by Bothma and covert military agent Johan Theron were in their early 20s when, in 1984, they were bound hand and foot and put in the back of a vehicle in Pretoria and driven to the Dukuduku forest in KwaZulu-Natal.

Bothma and Theron tied the young men to trees with chains and left them for the night.

They would have been terrified, so terrified that one of them nearly sawed through the tree with the chain during the night. The next morning, Bothma and Theron stripped the men and rubbed a jelly-like substance, which Bothma claimed had been given to him by Basson, into the softest parts of their body.

Not guilty
When after a few hours the men were still alive, they were injected with a dose of muscle relaxants that caused them to suffocate while remaining conscious to the end. Their bodies were later dropped into the sea from a light aircraft.

Basson was found not guilty of direct involvement in this incident. But he was never asked how it was possible that a medical doctor could have believed that this was expected of him. Basson was responsible for creating the conditions that allowed the doctor to believe that such actions would have been acceptable. Bothma himself has never faced charges, nor has he had to answer to his peers for his conduct.

The council hearing is not likely to offer closure on these issues, both because of the nature of the charges Basson faces and the legalistic nature of the process. Yet it is also likely to be the last chance that we have to hold Basson to account for those actions that are believed to have violated medical ethics, such as the production of large quantities of street drugs, supposedly for use as crowd-control agents.

As such, it is essential that the council makes the process and findings available to the public. Simply allowing journalists access to the hearings is not sufficient. At the conclusion of the process, the council should at the very least offer the public an accessible, clear summary of the charges, the hearing and the findings.