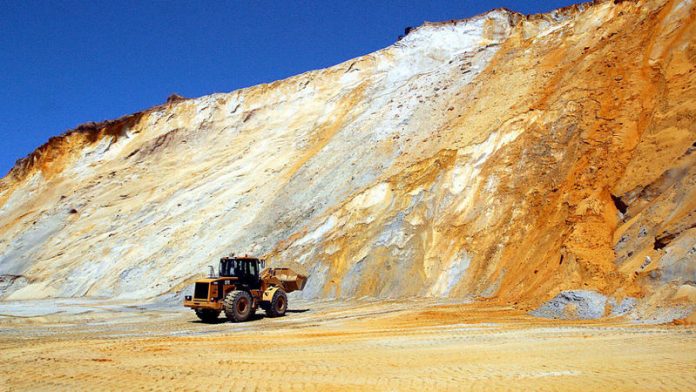 The community was forcibly moved to the area in the 1960s, occupying land around the abandoned mine dump that towers above their houses. On a previous visit, the residents told the Mail & Guardian that the mine had been a minor problem in the past. But then mining company DRD Gold came and started digging into the dump to find gold.

The dust from this was poisoning the residents' crops and making them sick, they said.

The DRD Gold denied the claim at the time. James Duncan, its spokesperson, said: "Dust measurement from this particular site has generally been within the regulated limits." He did not release proof of this claim, saying the M&G was not an affected party and was therefore not privy to this. Any further questions were rejected because he said the company did not want to get involved in a media debate on their operations.

But the M&G obtained copies of the minutes of Crust meetings in Gauteng. This is a voluntary body for mining operations to disclose their dust levels to local government and affected parties who attend the quarterly meetings.

The legal limits for dust are only now being gazetted by the environmental affairs department. But there are guidelines for the levels that are acceptable in residential and industrial areas.

'Noted and discussed'
In a meeting on November 14 the minutes recorded Crown Gold's (mother company of DRD) results, saying "a summary was presented and high dust fall noted and discussed". The location of this dust fall was high even a few kilometres away, in places such as Gold Reef City and Diepkloof.

The minutes did not give specific numbers for the levels recorded. In these minutes the representatives of DRD said dust levels were high due to strong winds and a lack of rain, but they said they were trying to remedy this.

Ruweida Mills, a resident of Riverlea who has been organising the community, said their fight with the mine dump had been going on for decades. But it intensified with the new operation as dust became a serious problem, she said. Other residents said on a windy day it was impossible to see more than a few metres ahead because of the dust.

They had to keep their windows and doors closed, and even then found dust in their food and in every crack in their homes.

"We keep being told things are fine, but we have no proof of the mine's permits and we want to know what health impacts the mine has," she said.

Judith Taylor, branch coordinator of Earthlife's Johannesburg branch, said they had been approached by the community to get more information about the mine and the impact it was having on people. "People in Riverlea came to us and told us that they were getting sick from the dust, so we have worked very closely with them in trying to get answers," she said.

Responsibility
The information the residents were looking for would give an indication of whether the mine had its required licences, or if it was operating illegally. It would also show what its responsibilities to the local environment and communities were, Taylor said.

Emma Algotsson, of Lawyers for Human Rights, said if the mine had a mining right, it had an obligation to comply with Section 24 of the Constitution and ensure that the environmental health of the areas surrounding its operations was looked after.

The mine also refused the request, saying: "The information requested is confidential and not in the public domain." Disclosure would harm the company, it added.

The water affairs department gave them half of the requested information but did not say whether the mine had a water use licence or not. All of this was contained in the court papers.

Using force
Taylor said that with this process exhausted, the residents had to go the legal route and, through Lawyers for Human Rights and the Centre for Environmental Rights, ask the courts to force the parties to release the information.

In previous correspondence with the M&G, Zingaphi Jakuja, spokesperson for mineral resources, said the mine had all the required authorisations and was working with the department to keep its operation within legislated limits for things such as dust.

Linda Page, spokesperson for water affairs, also said the mine had an old water permit, but was instructed by the department to apply for an integrated water use license.

All of the respondents have until next week to indicate if they will be contesting the court case.

Solar geysers get a cool reception in Riverlea