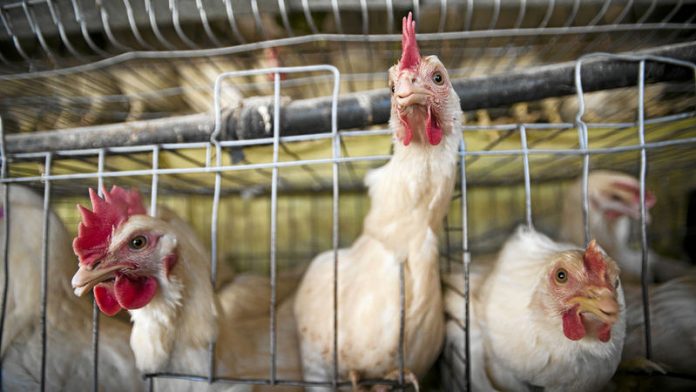 This follows an application from poultry suppliers to hike customs duties on imported chickens by as much as 82%.

The South African Poultry Association, which represents small-scale and major chicken farmers but declined to publish the names of its members, has applied to the International Trade Administration Commission for import tariffs to be increased by almost three times the current maximum of 27%. According to the Association of Meat Importers and Exporters (AMIE), if the application is successful, the price of chicken at the tills will increase by between 30% and 50%.

"We are genuinely fearful that South African consumers are going to be facing heavy increases on the price of chicken," AMIE's chief ­executive, David Wolpert, told the Mail & Guardian. But Kevin Lovell, the poultry association's chief executive, said price hikes are needed for South African chicken suppliers to survive in an environment where they are not allowed to export, despite the increasing numbers of imports. "Local producers are eating cash at present. They need to increase prices or close up shop."

This sentiment was echoed by notes in Rainbow Chicken's 2012 financials. The largest chicken producer in the country said that "chicken prices have remained under significant pressure. The consequence of the glut of chicken in the market has meant that the pricing of chicken in retail bears no reference to its cost of production."

The first challenge, said Lovell, is the rise in the number of imports. In 2011, more than 370 000 tonnes of chicken were imported. At the same time, only a few thousand tonnes were exported, which Wolpert said was "a minute amount".

"The rise in import volumes has made it harder to sell what we produce," said Lovell.

In its latest financials Rainbow Chicken wrote that the situation had led to severe oversupply in the industry. In its last financial year it reported an after-tax profit of R267-million on sales of R7.86-billion, a profit of 3.4c for every rand of sales.

South African chicken producers say they have to compete against cheap imports, but because of the absence of trade agreements are unable to export to major markets.

Regulatory and related systems are not in place, said Lovell. "All that we produce needs to be sold locally."

The South African Revenue Service (Sars) shows that South Africa only exports poultry to Mozambique, Zimbabwe, Angola and Zaire. However, these amounts are "very insignificant when compared to imports", said the chief commissioner of the trade commission, Siyabulela Tsengiwe.

South Africa does not export chicken to Brazil, despite the fact that the South American country accounted last year for about 50% of poultry imports from all over the world.

Wolpert said chicken imports only account for 10% of the total market, and were therefore not a significant threat to the industry's wellbeing. But Lovell said that Sars statistics pitched imports at slightly more than 20%, meaning that 200-million chickens were imported each year. This is "rather a large number of something we can produce at the technical level — as well as any other country", he said.

Trade agreements with the European Union allow countries from that area to import with especially low customs duties. In 2009 imports from the union represented about 0.5% of the "bone-in" imported chicken supply on the market. Last year, countries from the EU supplied 70% of the same market. At the same time, the total volume of imports increased by 145%. Lovell said the poultry association would be making separate applications for tariffs applicable to EU imports. Like Brazil, South Africa's agreement with the EU does not allow it to export chicken there.

A third factor came in the form of "dumping" from the developed countries. "The developed world's waste chicken products — the dark meat — find a ready market in developing countries," said Lovell. Producers overseas "dump" these products in South Africa while reaping profits in their home markets from the white meat products.

In addition to the challenges created by the absence of equitable trade agreements, the industry has faced a flat level of demand. While statistics show that chicken consumption has risen steadily over the past decade and now accounts for more than 65% of meat protein consumed in the country, demand reached a plateau in the past year.

"In a food market, if you grow by less than population growth you kind of shrink," said Lovell, citing cash-strapped consumers and ­limited employment creation as the reasons for stagnation. Rising feed costs are also an issue.

"The reality is that South Africa has one of the least protected agricultural sectors in the world," said Tracy Ledger, research fellow at the Public Affairs Research Institute. "A vast number of South Africa's farmers are going out of business. A price increase may be necessary in this circumstance."

Tsengiwe said an investigation into the poultry association's application is still under way and no decision on a possible revised tariff structure had been made.

But the causal problems, said Ledger, could not be addressed in a customs duty hike. Instead, they could only be addressed by looking at the "whole system".

"The thing is, we have a very problematic food economy. We have all sorts of things going wrong at the same time," she said. "The fact that South African farmers are struggling under cheap imports cannot be separated from the fact that retailers are making huge profits. Malnutrition cannot be separated from declining farm income and the fact that the average South African can't afford to buy a proper basket of food. What we need urgently is to look at the whole system."

She said South Africa's food system was hugely inequitable. "Farmers get about 62% of the value of the chicken. Where does the rest of the value go? Producers and consumers are getting the least amount of benefit. If the okes in the middle decided not to take such massive bonuses then the prices would be lower."

And it is for precisely this reason that consumers need not fear ­unbridled price increases, said Lovell. Rather than the 30% to 50% increase estimated by AMIE, the poultry association says chicken price increases are more likely to be in the range of 10% to 15%. "Our customers, the retail industry, are not known for giving any supplier an easy ride," he said. "They will work hard to keep pushing prices down."