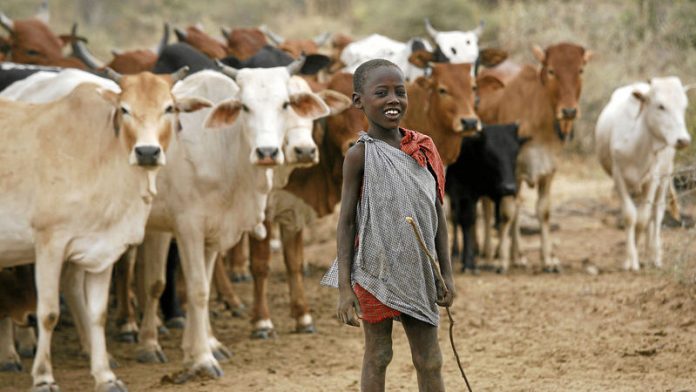 'It is not funding that is the problem. It is access to markets," said Sisa Ntshona, a participant in a recent Impact Investing conference. It was a powerful argument, but no one in the audience of non-governmental organisations and "wannabee" social entrepreneurs was buying his line.

He ploughed bravely on, arguing that organisations often fail to transform from small and struggling to stable because of their inability to sell and distribute their goods. In other words, there is little that connects them to markets.

I toyed with this logic for a while, but just could not see past the limitations that come with having no money. Then I stepped into the world of dairy farming in East Africa and suddenly it all made sense.

It started with a mid-term report I was handed called Milking for Profit. The report details a project that works to uplift subsistence dairy farmers in Kenya, Rwanda and Uganda run by a consortium of dairy experts called East Africa Dairy Development.

In 2008 the consortium started its first project in Kenya. The collapse of the state-owned processor in 1999 had opened the country's dairy market to competition, which suited large-scale producers and further isolated the small farmer.

These folk typically produced and sold an average of three to five litres of milk a day, generating insufficient income to invest in stock and good feed to boost yields. Compounding their problems was the lack of facilities to chill milk, low standards in stock and poor animal care. This is a common scenario: households that own a goat, a cow and a few chickens dot rural landscapes across the continent.

The traditional social response to this picture is equally common: non-governmental organisations and donors sweep in with training on modern-day farming techniques, funding for more animals and donations of quality feed.

East Africa Dairy Development ignored the traditionalists and took a business approach to the problem. Instead of providing funding and support to their beneficiaries, they connected their participants to markets.

Within two years, those signed up were earning an average wage of $4 500 a year from the sale of milk and heifers — that is $12 a day, six times more than the previous income standard of $2 a day.

The chilling plants reported an average monthly profit of $1 300, giving investors a return on their investment within one year (though they are keen to point out that this is not the primary reason for the investment).

It is a remarkable story and a strong model, which East Africa Dairy Development is replicating in Uganda and Rwanda.

It validates Ntshona's theory that we need to focus our energy on connecting to markets to grow our work and not be blinkered by the limitations of no funding. Sure, in the complex world of delivering social services, connecting to a market is not as simple as building bricks and mortar solutions like a chilling plant. And I understand the frustration of no funding.

But the chilling tale of cows in Kenya shows us how we should be thinking. Who are our markets? They are our participants (a far better word than beneficiaries), our investors (far nicer than donors), the government and our public.

How do we connect with them? Currently, I would say that largely we do not. Not as a collective. Not in a way that forces us to improve our standards and raises the calibre of the work we do.

Not in a way that has us jostling to scale up, or carries the energy and voice of civil society.

Yes, we do it in sectors with different bodies. But do they connect us effectively?

Instead we chug along like the subsistence farmer, locked in a hand-to-mouth mentality, happy when we get handouts, pleading poverty when we do not need to.

It is time that we banded together, built our metaphorical chilling plants, raised the profile of agencies that represent us, built the bridges to our audience, marketed the work that we all do, raised our standards and raised our work. It is time to connect to markets.

Kerryn Krige is programme manager of the Network for Social Entrepreneurs at the Gordon Institute of Business Science Although this article has been made possible by the Mail & Guardian's advertisers, content and photographs were sourced independently by the M&G supplements editorial team. It forms part of a larger supplement.