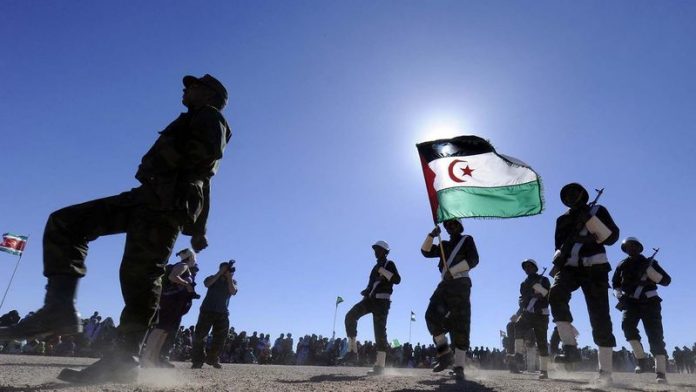 Will South Africa be able to prevent Morocco from rejoining the African Union (AU)?

The question comes as Morocco embarks on a charm offensive to reconcile with the organisation it left 30 years ago because of a dispute over its occupation of the Western Sahara.

The struggle for independence of the Sahrawi people of the Western Sahara is seen by many as the last anticolonial struggle and its leadership, the Polisario Front, continues to enjoy the support of organisations such as the ANC.

Ejecting the representative of the Sahrawi Arab Democratic Republic from its seat in the AU, which is what Morocco wants, would be unthinkable for South Africa.

This week, the United Nations Security Council is debating a renewed mandate for the UN peacekeepers in the area, Minurso, in place since 1991. Initially, the renewal was to be accompanied by a mandate for the peacekeepers to protect human rights, following years of complaints by organisations like Human Rights Watch about the maltreatment of Sahrawis by the Moroccans.

Morocco, which claims historical rights to the Western Sahara, was furious about the UN proposal, drafted by the United States, and it was withdrawn shortly before the vote. Still, some were bolstered by the UN's apparent recognition of the plight of the Sahrawis.

In addition to the UN debate, President Jacob Zuma's visit to Algeria last week was an opportunity for pro-Sahrawi lobbyists to remind the world that one of its staunchest backers, South Africa, is still squarely behind it.

The Algerian media quoted Zuma as saying that South Africa and Algeria shared the same views on the issue of Western Sahara, meaning support for self-rule by the Sahrawi's, the inhabitants of the former Spanish colony that stretches between Morocco and Mauritania.

Play of realpolitik
Despite this support, Sahrawis know that resolutions by the UN do not mean much when confronted with the play of realpolitik by the big permanent members of the organisation's security council.

The inhabitants of Western Sahara can find no real comfort in strings of decisions dating back to 1975 condemning Morocco's occupation.

France, for example, has always sided with Morocco on the issue and believes the latest plan for a semi-autonomous state in Western Sahara should be supported.

"It is a very complex political issue that won't be solved through mere statements," said the Brenthurst Foundation's Greg Mills, the co-author of a report on the Western Sahara published earlier this year. He doubts whether South Africa, keen to play a greater role on the continent, can influence matters.

"The fact that South Africa's relationship with Morocco is so terribly poor does not improve things.

Mills said that the real problem lay in the poisonous relationship between Morocco and its neighbour, Algeria, which houses and lobbies for the Polisario Front.

Morocco's King Mohammed VI, one of only two constitutional monarchs on the continent together with Swaziland's King Mswati III, successfully rode the wave when the Arab Spring engulfed North Africa in 2011, giving him a certain measure of legitimacy in the region.

Morocco's backers point out that it does have a new Constitution and a democratically elected Parliament, and its politics are really no better or worse than many of the AU's 54 other members.

Tunisia, under new leadership, is said to have lobbied for Morocco to rejoin the AU, amid strong pressure from Algeria to keep Morocco out.

With the late Muammar Gaddafi of Libya off the scene, the AU lost one of its major financial backers and it could do with fresh money at a time its chairperson, Nkosazana Dlamini-Zuma, is desperate to reduce the organisation's dependence on European funding.

In the past few months, another important factor has also weighed in on the decades-old issue, putting it once again on the agenda.

The occupation of Mali by Islamists and al-Qaeda-linked groups has raised the fear of terrorism spreading in other ungoverned parts of the Sahara. In a report presented to the security council on April 8, UN secretary general Ban Ki-moon, in an unusually strong statement over the Western Sahara, said it was "extremely urgent" for the issue to be resolved, given the threat of terrorism.

"Angry young men"
Ban warned that the Sahrawi refugee camps in Tindouf, Algeria, could become a breeding ground for terrorists if the matter was not solved. Pro-Western Sahara activists interpreted this statement as a call for independence to prevent these "angry young men" from joining the jihad.

Mohamed Mohamed Yahia, the representative of the Sahrawi Arab Democratic Republic in South Africa, agreed. He said the region could not afford more insecurity or another war, given the already dire situation, which was compounded by drug trafficking in the Sahara.

Indeed, some would doubt whether the Polisario Front, which celebrates 40 years of existence in May, has either the appetite or the capacity for this.

The terror threat, however, could also work in Morocco's favour. Would a new independent state in Western Sahara, with a government still finding its feet, be a safeguard against lawlessness?

The problems facing South Sudan could be instructive on this point.

For those eager to work with Africa as a continental entity, it would certainly be easier if Morocco were a part of the AU. Many institutions, like the African Development Bank, cannot afford to exclude Morocco. Next month, the bank is holding its annual meetings in Marrakesh, a positive sign for Morocco. International donors are also struggling with the issue.

For now, it will not be up to outsiders, but to African member states of the AU to decide.