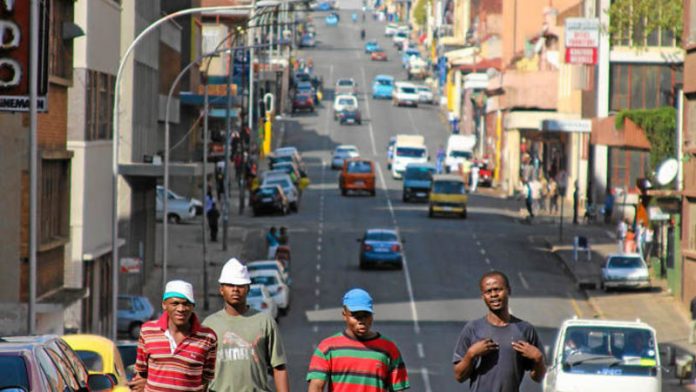 As a society, we need to find ways to engage youth in productive and purposeful pursuits. How can companies help young people to direct their energies positively?

Children need nurturing and support, and adults are rightfully expected to contribute to society. The youth fall somewhere in between — active in their own development, but still needing help and encouragement.

If we do not invest in the potential of young people, the negative effects will be felt at every level of society in the decades to come. Mamphela Ramphele once said: "Young people should be seen as engines of growth rather than as a problem to be addressed."

About 19-million South Africans are between the ages of 15 and 35, the formal definition of youth. This accounts for more than a third of the population. South Africa is not the only developing country that has a "youth bulge" to contend with. Countries that can turn this demographic phenomenon into a dividend by increasing the employability of young people and creating an environment where they can be economically productive, will become global economic leaders.

Defining "youth"
Although young people are not a homogenous or special interest group, a development focus on young people is necessary. These interventions must happen now. In commercial markets and through social media, young people are increasingly becoming economically and politically influential.

At the same time, they are uniquely vulnerable. Consider, for example, that:
• Almost 70% of learners who make it to grade 10 will end up dropping out of school or failing matric;
• Studies by the Centre for Justice and Crime Prevention have found that a quarter of young people report being physically punished by family members;
• Of the total prison population, 36% is under 25 and;
• Young women are more likely to experience sexual exploitation and, according to 2008 figures, a woman aged between 20 and 24 years is four times more likely to be HIV positive than a man of the same age.

The challenging socio-economic situations that most young people find themselves in suggest that a continuum of care is necessary. Some teenagers need to be removed from abusive homes and others may require counselling to deal with substance or sexual abuse before they can progress. Above all, young people need opportunities.

In a recent survey of Gauteng high school learners, 77% said that they would find it hard to find a good job regardless of how educated they were.

It is essential that society counters this deep disillusionment that young people feel about their futures, which is often the driver of self-destructive behaviours.

How young people find purpose
Young people typically have enormous reserves of energy and optimism. With their basic needs met, they can be inspired to make positive contributions to their communities, both socially and economically.

The majority of young people thrive once they have been informed of their rights, have had their self-esteem built up and have been given platforms to express themselves. The remarkable young people who have emerged from programmes such as Columba Leadership, enke: Make Your Mark and GOLD are testament to this.

Development practitioners who want to engage with young people should speak to them through the media they consume.

For example, MXit Reach gives real-time help to people on the popular mobile platform, counselling thousands of young people struggling with substance and sexual abuse and supporting tens of thousands more who require help with their schoolwork.

What can business do?
Many South African companies are active in supporting young people with potential through bursary schemes (with accompanying academic support), mentorship programmes and internships.

Most young people want to be employed, but there are some who have the drive and vision to create employment.

As part of its citizenship strategy, Absa runs a youth leadership and entrepreneurship development programme aimed at learners from grades 10 to 12. They are given life skills and entrepreneurship training and have the chance to pitch their business ideas to a panel to secure funding. Other companies start with the basics, sponsoring positive activities for at-risk teens. In late 2012, Volkswagen SA opened a Y-Centre in Uitenhage, in collaboration with the youth HIV engagement non-profit organisation LoveLife.

The centre is equipped with sport and computer facilities, as well as a clinic with counselling services, and will serve as a base for loveLife peer educators to access the 40 schools in the area.

Delegates attending Trialogue's Making CSI Matter 2013 conference will have the chance to explore platforms that can be used to connect with young people and look for ways to improve work prospects for young adults on May 28 and 29. For more information visit csimatters.co.za

Young people are not a problem to be solved