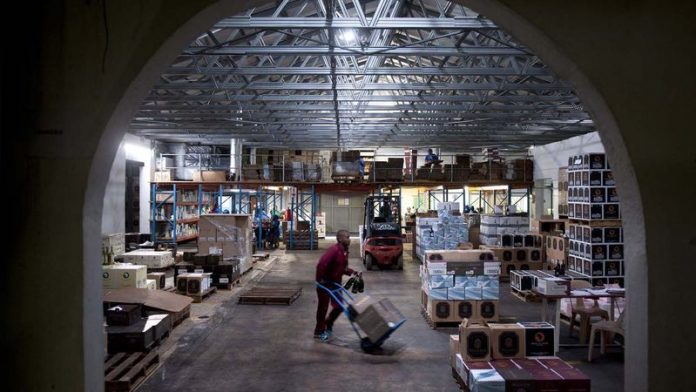 But local producers are mapping this change and becoming more efficient and resilient so that they can keep growing grapes where they are now.

Walking around the Villiera wine estate outside Stellenbosch, co-owner Simon Grier said he had spent the past 20 years making its production processes as efficient as possible. At first it was just because "it was the right thing to do", but now it is increasingly with an eye to saving money and ensuring that Villiera is resilient enough to survive any changes in climate and operate off the grid as often as possible.

"Cheap power was the biggest disservice made to this country and our industry because it made us wasteful and inefficient," he said.

In a paper published earlier this month called Climate Change, Wine and Conservation, environment organisation Conservation International said climate change would destroy 25% to 75% of all the areas currently used for wine cultivation around the world. South Africa stands to lose 55% of its wine-cultivating land, it said. This would occur as warmer temperatures created more droughts in the Western Cape and moved the terrain for farming further north. It could unlock areas such as the southern Free State for wine estates.

At Villiera, everything has been tinkered with to make it more efficient and environmentally friendly. Solar panels power most of the plant during the day, forcing a reliance on Eskom only during harvesting times and at night. The panels produce a daytime peak of 130kW. Changes in insulation and better building methods mean the wine cellars can stay cool by themselves. And in the packing room workers are able to work in natural light, with light domes on the roof replacing the old strip lights that used to create a harsh light and heat the rooms.

The farm is one of nearly 200 members of the biodiversity and wine initiative, which helps producers to adapt to future changes brought by a changing climate and ensure that their environmental footprint is as low as it can be.

"The key adaptation strategy for the industry is to manage its footprint, especially its water use, and not advance into endangered biomes," he said.

His group, working with the World Wide Fund for Nature, had mapped the entire wine and fruit region of the Western Cape, letting it pinpoint features down to the scale of a single farm that could be critical to the conservation of certain biomes, or what was needed to ensure that a local river did not burst after heavy rains.

For the industry, the increase in large-scale weather and climate events in the future is a big problem. "The 2008 flood here was a wake-up call for everyone. It caused R980-million in damage and serious problems for wine producers," Albertus said.

It has motivated estates to become more resilient. And, along with the creation of climate-change maps, they were able to start looking at where they should expand their operations if they were to remain sustainable.

"It is critically important to increase the resilience of the estates," Albertus said. This includes efforts such as going off grid with solar panels and making sure they use gravity-fed methods of transporting water to save energy and lower their carbon footprint. It also lowers their production of greenhouse gases, which are responsible for changing climate.

Working together, the estates would have to do better to fight events such as wildfires, which were increasing in frequency and intensity with the changing climate, he said.

Prospective farmers had approached him for advice on how to start estates in areas further north, where grapes did not grow before but could grow with climate change, Albertus said. "We do, however, have to make sure that they are not destroying other biomes when they start."

Frequency and extremes
Rhoda Malgas, a lecturer and expert in sustainable natural resource management at the University of Stellenbosch, said, "We can predict only as best as our science allows."

Her hope is therefore pinned on how people respond to climate change. In many cases, farmers have started collecting as much data as they can on how the climate has already changed and how it could change in the future. On this basis, they are planning changes to their businesses.

This is already happening in the small region along the West Coast where rooibos grows. Climate models predict that the conditions that allow it to grow in this one place on the planet will change, and it will vanish.

"Although the changes we are going to see are unprecedented in their frequency and extremes, people have experience of some of these from the past," Malgas said.

Scientists and farmers are consequently sharing their knowledge to create scenarios and plans so they can chart a way forward.

It was this local catalysing of talent and thinking that kept her positive about the future, Malgas said. Regardless of the industries that might not survive when the climate changed, people would find a way to do something different, she said.

The biggest local mapping project of climate change has been completed by the department of science and technology. Its South African Risk and Vulnerability Atlas breaks down every part of the country, calculating what will happen to it in the future.

Burden
According to the atlas, the biggest dangers of a changing climate will be far more wildfires, water scarcity and flooding, along with droughts – everything will become more extreme.

In the case of maize, the biggest agricultural export, the change will be profound. A 2°C increase in temperature along with a 10% reduction in rainfall, which is a conservative scenario, will reduce profit by R500 a hectare. Wheat produced in the Western Cape is expected to lose up to 60% of its yield.

In the wine and fruit sector, a 2°C increase would lead to a 35% increase in hot days and a similar decrease in cold days. "This will have far-reaching implications for the deciduous fruit industry of the Western Cape," the atlas said.

The biggest burden will fall on small-scale and emerging farmers. "They are particularly vulnerable to climate change variability because they have few capital resources and management technologies at their disposal," it said.

From mitigation to adaptation

Mitigation is the buzz word of climate talks. It refers to the drive to get ­countries to produce fewer greenhouse gases, thereby mitigating their impact on the environment.

Adaptation, which essentially makes countries and their people and economies resilient to climate change, is its poor child.  Developing countries have repeatedly asked rich ones to give them money to adapt, because it was the rich countries that created the bulk of historical gas emissions.

The Green Climate Fund was established to try to force wealthy nations to give $100-billion a year by 2020 for adaptation purposes, but it has sat mostly empty in the two years since its inception.

Adaptation is a strong focus of the department of environmental affairs. Many of its projects are focused on giving poorer communities the resources and expertise to survive when their local environment changes.

The grapes of climate's wrath

The Climate Change, Wine and Conservation report is the world's first such project to be conducted on this scale.

Undertaken by environment organisation Conservation International, it said climate change would destroy 25% to 75% of all the areas currently used for wine cultivation. But other areas would open up, so southern England could become the new Bordeaux. This was because the terrain best suited for vines was found in such small pockets that tiny shifts in temperature would wipe it out.

In some regions, vineyards would have to increase irrigation to cool the grapes. This is not an option for the  Western Cape, which is already a water-stressed area and climate-change models predict that it will only get worse as rainfall dries up over the unfolding century.