State and private sector set to battle over business Bill 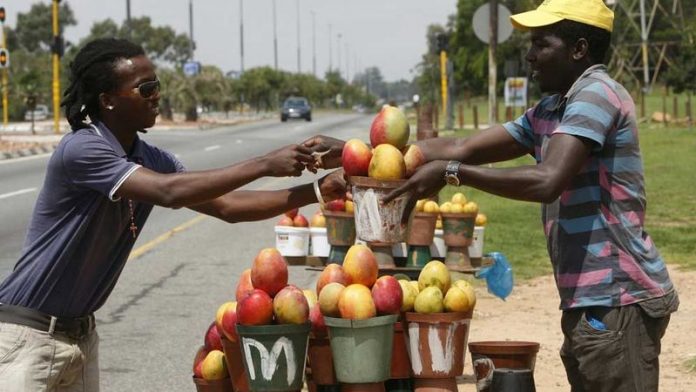 Free trade and the growth of entrepreneurship may be under threat as the government tries to push for the adoption of the contentious Bill.

The private sector is up in arms over the controversial legislation, which compels all businesses – regardless of size – to obtain authorisation to trade from their local municipality.

The Bill will not only force businesses to register with the local municipal authority but also aims to empower a range of government employees that will act as quasi inspectors.

These officials include customs officers, members of the South African Police Service, health and safety inspectors and metropolitan traffic officers.

In the Bill's current form, these officials will be sanctioned to enter and search business premises, investigate complaints, confiscate goods, order business owners to appear before them and close premises temporarily or permanently.

Penalties for failure to comply with the Bill could see offenders fined or even jailed for up to 10 years.

Detractors of the Bill include opposition parties, big business and civil society, who all claim the law will make it significantly more difficult to do business.

"This is just about the worst thing that could happen to small and micro business," Chris Hart, chief economist at Investment Solutions said of the Bill.

"It will be the straw that breaks the camel's back as small business is already battling to survive. In the context of providing jobs for all of our millions of unemployed citizens this is sheer madness to add more regulations to the system."

He listed seven points of contention in a letter to Business Report:

There is also consternation over how the Bill will affect attempts to implement the national development plan‚ which hopes small-to medium-sized businesses will provide 90% of jobs created in South Africa by 2030.

The draft piece of legislation was created by the department of trade and industry and is currently being debated in Parliament.

Trade and Industry Minister Rob Davies claimed the Bill was needed to stave off corruption in business, combat illegal inter-country trade in counterfeit goods and the unlawful unemployment of foreign migrants.

"As much as there has been opposition to this Bill in its current form, we have received a tremendous amount of support from township businesses who have found themselves subjected to unfair competition by illegally operating businesses," Davies told the Mail & Guardian.

Davies said the state's goal was not to complicate business dealing but create an environment where there is fair competition between legal entrepreneurs and those operating outside the confines of the law.

Illegal traders
"This is primarily aimed at assisting grassroots-level enterprises who suffer at the hands of illegal traders. The government is faced with a growing number of complaints of people entering township markets and operating illegally, and thus we need a mechanism where we can deal with them at the point of sale of the product," he added.

But Hart argued that adding regulations to the existing bureaucracy governing business will do more harm than good.

"There is already so much red tape in place that it's near impossible to start a business now," he added.

"New laws make no sense and as it stands there is no business in South Africa that operates fully within the law and is solvent."

The ANC has thus far supported the Bill, claiming any "unintended consequences" will be "dealt with". "We want to grow business not destroy it," Enoch Godongwana, chairperson of the ruling party's economics committee said.

"In the criticism of this Bill, we shouldn't throw out the baby with the bath water."

So far the Bill has not been openly welcomed by informal traders – exactly those it seeks to protect.

"The Bill is autocratic because it suppresses informal traders and it has too much administration cost and fees. Only the department have the say and representative associations are marginalised by the Bill," the South African Informal Traders Alliance (Saita), Thabiso Pita said.

Urgent meeting
?Accordingly, Saita have sent a letter to Davies requesting an urgent meeting to discuss the Bill with its primary concerns being not only costs and fees associated with the legislation, but that the Bill also grants too much power to the officials enforcing the law.

"This will lead to corruption and further unemployment. The economy will also be affected one way or the other. While the government wants to alleviate poverty, the Bill increases and invites it," Pita added.

Attempts to bring the Bill into practice come at a time when small business activity in South Africa is already in a perilous state‚ according to the latest Global Entrepreneurship Monitor report.

The report found that total entrepreneurial activity" fell to 7.3% last year‚ from 9.1% in 2011 and 8.9% in 2010 while less than 14% of South Africans surveyed planned to start a business within the next three years.

It also warns that entrepreneurship in South Africa is at its lowest level in three years‚ an ominous warning sign for a sector often seen as the only viable avenue for creating new jobs to overcome unemployment.

"When we put something out to comment, we gauge how all stakeholders are feeling and make improvements before it goes to Parliament," Davies added.

"This is all being blown out of proportion; our goal is to have a mechanism to deal with illegal trade without adding significantly to the regulatory burden currently being experienced by small business."

ANC’s past policies worth revisiting

Critics take issue with an 'unworkable' plan to licence even the smallest of businesses.
Read more
Business

Business confidence will take a hit should the draft Licensing of Businesses Bill become law, the SA Chamber of Commerce and Industry has said.
Read more
Business

But the tough penalties envisaged will do nothing to encourage meeting the targets, business claims.
Read more
Business

Business has warned that the proposed amendments to labour laws will increase the cost of employment significantly, writes Lynley Donnelly.
Read more
Business

Business Unity SA says it is looking forward to working with the newly-formed Black Business Council, which split from Busa on Wednesday.
Read more
Advertising
Continue to the category
Coronavirus