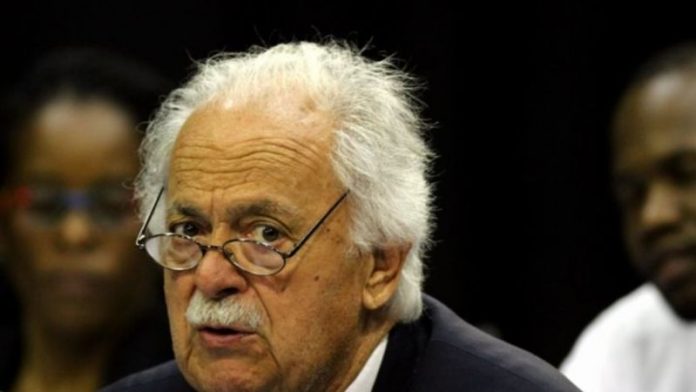 George Bizos SC, said on Thursday that the police plan and police statements before the commission referred to the protesters as a homogenous group.

The police shot dead 34 striking mineworkers and wounded 78 while trying to disperse a group gathered on a hill near Lonmin's platinum mine in Marikana on August 16.

The commission is holding hearings in Rustenburg as part of its probe into the circumstances of these deaths and those of 10 people, including two police officers and two security guards, in the preceding week.

He put it to Annandale that in his version of events, the police were particularly concerned with disarming a smaller, more militant group of around 300 protesters.

"Where in the [police] plan is this [idea] of two different groups being treated separately?" he asked.

Annandale said the overall plan provided for the actions of groups and individuals within the larger collective group.

'Very aggressive'
Bizos referred the commission to a statement made by Brigadier Adriaan Calitz, who heads the North West operational response service.

In the statement, Calitz refers to the protesters as "acting as one group, and all of them associated themselves with the actions of each other … [with] the same intention and goal."

Ishmael Semenya, for the police, said there was no contradiction, as Calitz also referred to the smaller, "very aggressive" group.

Bizos maintained that references to the smaller group amounted to a "new version" of events.

"We will submit that you [Annandale] are following the example that … policemen do not contradict each other, they support each other irrespective of what the facts are."

Annandale objected to this: "Mr Bizos cannot make judgment over my integrity … I will leave that decision to be made by the commission."

Witnesses
He said police had considered the smaller group during the joint operations centre (JOC) meetings and in debriefings at the end of the operation.

" … The fact that it is not exactly put in the words put by advocate Bizos does not mean it did not happen: indeed it did."

Annandale said there were witnesses to the meetings at the JOC, including Lonmin management, who would confirm that the smaller group was discussed.

"I am certain that when Brigadier Calitz is called to give evidence … he will confirm [in] his involvement in the debriefing at the JOC that there were two different groups, that they were armed differently, behaved differently and were also dressed differently."

Bizos returned to this question just before the lunchbreak.

Annandale said: "… I have tried to the best of my ability to explain that.

"It [the description of a group of 3 000] refers to the collective group. Part of the collective was the militant one [of around 300 protesters]." – Sapa