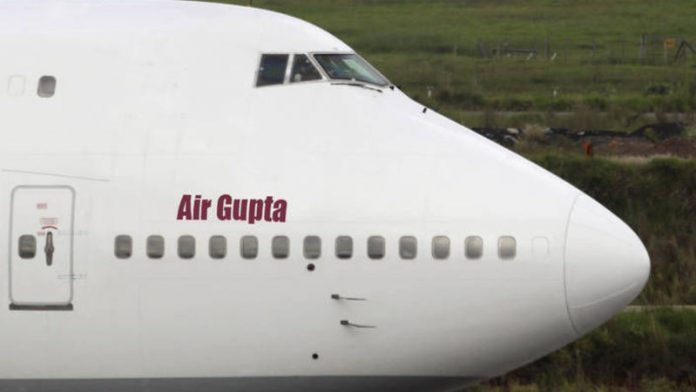 "Preliminary investigations have revealed the need to probe the circumstances under which the clearances for the aircraft to land were secured," said international relations and co-operation department spokesperson Clayson Monyela on Thursday.

International Relations Minister Maite Nkoana-Mashabane placed the ambassador on compulsory leave with immediate effect, he said in a statement. Chief of State Protocol Bruce Koloane's deputy would assume responsibility in the interim.

This would allow the department to get to the bottom of the matter.

A Gupta family spokesperson said on Tuesday that the authorities had given permission for the jet, carrying guests at a family wedding, to land at the air force base.

"The Waterkloof [air base] was used as Lanseria airport could not accommodate the size of the jet chartered by the family," said family spokesperson Haranath Ghosh. "The permissions were applied for and granted to the Indian High Commission and not the family," he said.

"Naturally, suitable protocol was used to receive and transport the foreign ministers to the wedding," he said.

The Gupta family, which owns the New Age and Sahara Computers, is celebrating the wedding of Vega Gupta (23) to India-born Aakash Jahajgarhia at Sun City, North West.

Monyela said neither the department nor the presidency granted executive authority for the aircraft to land at the base.

Internal investigations by the international relations department and other state organisations would start with immediate effect.

The South African National Defence Force said on Tuesday that it was not aware of any permission granted for the Gupta family to use the base. – Sapa