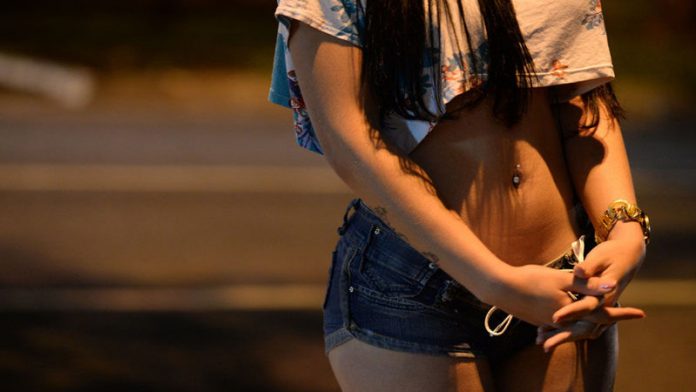 "Good morning, girls!" Igor Fuchs exclaimed as he greeted his students at the start of English class in an south-eastern Brazilian city.

But this is no ordinary crowd and the curriculum, for the most part, is focused on sex props.

Fuchs teaches English to prostitutes so they can give a warmer welcome to tens of thousands of soccer fans headed to Brazil for June's Confederations Cup, as well as next year's World Cup.

Belo Horizonte's 80 000 sex workers are counting on brisk business as authorities predict 40 000 tourists will be in town next month for a total of three matches from June 15 to June 30. A whopping 140 000 are expected to follow for the 2014 World Cup.

With that in mind, the Association of Prostitutes has been offering free English classes to its members at a local mall since March.

Keeping clients happy
The goal, says association president Cida Vieira, is to provide prostitutes with communication skills to keep clients who don't speak Portuguese happy – both during the upcoming sports extravaganzas and beyond.

"We deal with gringos [foreign men] daily on the streets and in discos," Vieira said. "We want to train the girls so they can better serve them."

So far, 300 prostitutes have signed up.

Attendance is irregular and older women like 55-year-old Maria Aparecida, who has been in the business for almost three decades, tend to come to class more often than others.

"I have always wanted to speak English," she said. "I raised my kids by doing this job."

Demand is definitely there – on both sides of the booming sex trade.

"Tourists are going to flock here and those who come from abroad like to spend," said 26-year-old Vitoria, clad in a pink mini dress as she waited for work at one of many sex motels on busy Guaicurus Street.

On average, she sees 20 customers a day in her tiny room, with 15-minute sessions costing between $10 and $25.

Sceptical about the language
Some of the women view learning English as a way of securing their livelihood down the road.

"It's important to speak English because one day I will quit prostitution to find another job and another language will help," said Vitoria.

But not all are sold on the need to speak English – or any other foreign language for that matter.

"I have never had American or French clients," said Yasmin, a transvestite, as he showed off some deft samba moves on Avenida Afonso Pena before rushing to negotiate with a client in a waiting car.

"I know basic words such as 'good morning' and 'condom'," said 31-year-old Juliana across the street.

"For the rest, I get by with gestures. All men are the same. They come for the same thing. No need for words."

Belo Horizonte is not the only Brazilian city taking steps to beef up its sex industry offerings ahead of the World Cup, which will be followed by the 2016 Summer Olympics.

A shortage of hotel rooms has led authorities in Rio de Janeiro to invest millions of dollars to convert raunchy motels to accommodate the legions of tourists expected for the events. – AFP