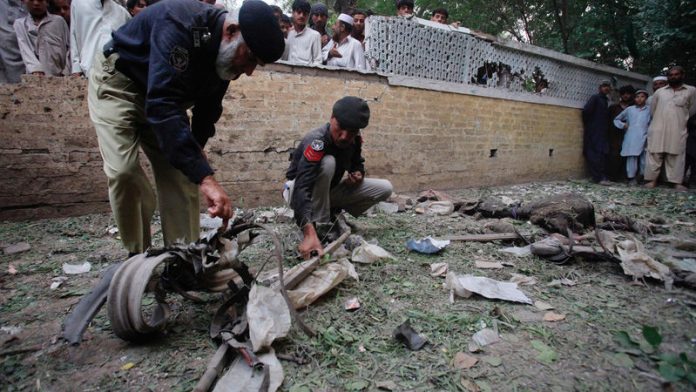 The attack at a gathering of members of the Jamiat Ulema-e- Islam religious party wounded 65 people, they said.

The polls mark the first time that an election is being held to decide on a transition between civilian governments in Pakistan, a strategic US ally.

Taliban attacks have marred the election, with some candidates afraid to campaign.

Since April, the radical Islamist group has killed more than 90 people in attacks on three major political parties, preventing many of their most prominent candidates from openly campaigning.

But until now the Taliban had targeted secular parties in its bid to undermine the May 11 general election, which it regards as un-Islamic.

Death toll could rise
The attack in the Kurram region, an ethnic Pashtun area near the Afghan border, will raise questions about whether the Taliban have expanded their campaign beyond secular parties.

Hospital administrator Inayatullah Khan said 25 people were killed in the blast and the death toll could rise because some victims were critically injured.

The military has ruled Pakistan for more than half of its 66-year history, either through coups or from behind the scenes. – Reuters

About 50 people were injured in the blast, which exploded as Mnangagwa left the podium after addressing supporters of the ruling ZANU-PF party
Read more
Africa

‘Somalis must stand united and fight’

No one has claimed responsibility for the blast in Thailand, with everyone from Islamist groups and the Uighur to a lone operative being blamed.
Read more
World

A Taliban attack has killed 18 people and wounded around 150 in Afghanistan, while Nato has warned that accords over Afghan troops have to be signed.
Read more
Africa

Terrorists are counting on sowing hatred in deeply divided places like the city of Jos, which has long been a flashpoint for ethnic tensions.
Read more
Advertising
Continue to the category
Politics