Johannes Kerkorrel: The wise fool who left the fray 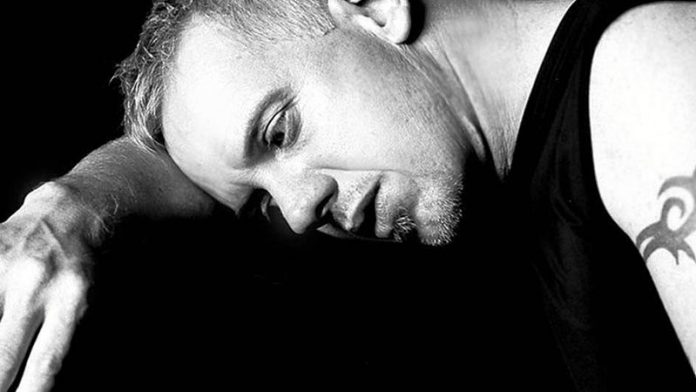 Ralph Rabie, better known as Johannes Kerkorrel, was my generation’s Joe Strummer. Like the Clash’s front man he provided the soundtrack to our late 1980s rebellion against the teacher, the dominee, the sergeant, the system. His provocative songs embodied the middle finger we gave in response to PW Botha’s wagging finger.

Calling himself Kerkorrel (church organ) and referencing the biggest Afrikaner church in the name of his band the Gereformeerde Blues Band — satirising the Afrikaner’s immense respect for anything linked to the church — he invited the ruling establishment’s ire.

“The shit came raining down,’’ Kerkorrel told me in a retrospective interview not long before his suicide in 2002, “when we plugged in the first electric guitar’’.

Singing along to Kerkorrel’s satirical songs at their riotous concerts made you feel less scared of the cantankerous Botha and his brutal security establishment. Okay, all the beer and other rock ’n roll accoutrements helped, giving us Dutch courage to stare down those intimidating security branch Dutchmen who attended the Voëlvry concerts.

The blond Kerkorrel, in his favourite zebra motif T-shirt and with a sarcastic sneer on his face, would bang away on his piano, telling us about PW’s miserable face on our TV screens and exhorting us to “sit dit af! [switch it off]”. Campuses swarmed with students who concurred: “Sit dit af!”

Kerkorrel and co even took their Voëlvry roadshow to George, right there in the Groot Krokodil’s lair. Germany’s ARD TV has great archive footage from after that concert of an upset, but defiant, Kerkorrel saying into camera: “The security police were here today. They can’t stop us, because we believe in it!’’ In the background, you hear the rest of the band members replacing their tour kombi’s tyres, which the security police slashed during the show.

After the tour the Voëlvry movement soon fizzled out, but the seeds were planted. Like punk, Voëlvry wanted to change society. One doesn’t want to exaggerate, but I believe the Voëlvry movement played some role in our country’s road to democracy by conscientising young Afrikaners, changing their minds. Kerkorrel told me in the 2001 interview: “The country has changed. I no longer feel compelled to write politically.’’

By that time he had established himself as a successful solo artist singing cabaret here at home, where his music had brought him a Sama — a South African Music Award — and in the Netherlands and Belgium.

“We all need to fulfil ourselves,” he told me. “We all want to be happy.’’ But on November 12 2002, Kerkorrel hanged himself. Apparently it was depression.

In all our histories — personal and collective — chapters come to an end. For me that was one of innocence, of the Kerkorrel era circa Voëlvry. We had to finally grow up.

Thinking about his posthumous Sama this week I listened to Kerkorrel’s sad, but tongue-in-cheek song about being a performer, Die Sirkusdier (the circus animal), from his last album Die Ander Kant (the other side). A rough translation: “Yes, my services are needed everywhere/In each town where people need a court jester/ Until I know how long the road is/ Of what is awaiting me/ Until I please myself for a moment/Until I hate myself a little less …”