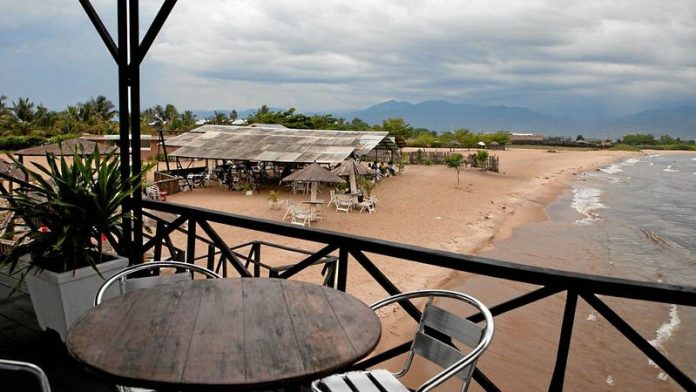 East Africa is a travel superstar. There’s Mount Kilimanjaro in Tanzania and Kenya, mountain gorillas found only in Rwanda, Uganda and the Democratic Republic of Congo, and magnificent game reserves such as the Ngorongoro Crater, the Serengeti and the Maasai Mara, which are rated among the best in world.

Now meet Burundi — beautiful, and fast becoming the hottest new travel ticket in the region. In an age when there’s hardly a place left on Google Earth that has not already been discovered by Lonely Planet or Travel TV, Burundi stands out for having been left out of the limelight. So the best way to know this little country “in the heart of Africa” is still to go and see it for yourself.

I arrive by bus from Rwanda via the border crossing near Kayanza, and Burundi immediately stands out: the “Welcome to Burundi” sign is a life-size poster of a traditional drummer sponsored by the national beer brand, Primus.

I’m allowed to take pictures — a rare privilege in the official spaces of East Africa — and I am even spared having to unpack my backpack for an immigration check.

The seven-hour trip to Bujumbura is through hills and jagged mountain peaks in every shade of green I’ve seen: neon green, lime green, algae green … They’re thick and lush and fringed by forests of banana trees that lean into the roads.

In villages on the way, scooters line the streets like a motorcade and cyclists hitch rides on trucks by holding on to their bumpers.

When we stop to load and off-load people, young boys selling bunches of onions and carrots, beef kebabs and roasted mealies stick their hands in the minibus. The roadside stalls all sell bananas.

When we finally get to Bujumbura, I’m greeted by a city shrouded in mist. From the approaching hills, all I see of the city is its corrugated iron roofs and Lake Tanganyika.

Friendly welcome
Bujumbura is a flat, low-rise city and sits near the border of the DRC. You can see the blue-black chain of mountains from anywhere in the capital.

My welcoming party is a local I met on Twitter. Tim is very Burundian, in that he relates easily to strangers.

Local protocol demands that a stranger be welcomed with a bottle of ice-cold Primus beer.

Burundi is mad about Primus. The beer is on posters, on street lamps and painted on walls outside bars and cafés. It’s always Primus time.

“The first beer I drank was bought for me by [my] father,” says Jean, a university student I befriend at a coffee shop. He says it’s the Burundian thing to do.

Another favourite bit of local lore about Bujumbura is that it’s so small you can walk from one end to the other in an hour. I didn’t try, but it’s true that in Buja, as locals call it, the beach is never more than 15 minutes away.

The beach is the life and soul of the city on weekends. It’s where wedding parties come to take pictures, and traditional drummers play and where pretty much the whole city hangs out.

The beachfront is divided into strips with names such as Bora Bora, Saga Plage and Vuvuzela — named in honour of the 2010 Football World Cup.

Bora Bora is where the hipster set hangs out, Saga Plage’s drawcard is the open-air restaurant at the edge of the lake. Vuvuzela’s winning card is that it’s great value for money, plus it’s not an expats’ haven like Bora Bora and it’s where you are likely to see a hippo swimming in the lake.

Being in Bujumbura is testing at first. The city suffers from arrested development. Internet connection is slow, using Skype is a mission almost impossible and my telephone network connection was not the best in the world.

Buja doesn’t just have power cuts. It has perpetual power failures. I’ve experienced up to five in one day, though most hotels have generators so the power cuts won’t drive their guests crazy. Besides, Burundi — and Bujumbura — is such a novel experience there’s no time for a serious breakdown.

Boulevard de l’Uprona in the CBD is the place to be. It has one of the country’s two ATMs that take both Visa and MasterCard. There’s café Aroma and its coffee and pastry-loving patrons — United Nations types, expats, aid workers and middle-class Burundians. There’s Hotel Botanika, which is set in a garden and has an uptown vibe. The menu even boasts frogs legs.

Havana is a sports bar that doubles as a wi-fi hot spot during the day and a dancing spot at night. The boulevard also has pharmacies, optometrists, a gym, tailors and supermarkets that sell everything you may want — such as Moët & Chandon.

Down the road from the one-street hub is the neighbourhood of Bwinza — a must-have experience.

The wide main streets are cobbled; there are tuk-tuks, motorbike taxis and bicycles everywhere.

Cheap thrills
They also love eating local. Mukeke and ndangala fish are eaten with cassava, chips or mealie pap. Food is piled so high that meal times feel like a demolition challenge.

In Bwiza, people live on the streets at night with cafés and bars popping up after sunset as plastic chairs and tables are laid out on the street. It’s all about beer and braai here.

One street has a mosque and a church, and the Muslim owner of Bwiza Restaurant can be heard singing along to hymns when the church choir rehearses across the road.

Bwiza is where you find DVD shops, a group of children dancing to Beyoncé outside music stores and small tables piled with mangoes for sale.

The governments of Australia, Canada and the United States have, in the past few weeks, issued warnings on possible terrorist threats and advised citizens to reconsider travelling to Burundi.

Transport: SAA and Rwanda Air have flights to Bujumbura. Burundi has a great public transport system and private taxis are available at all hours.

Money: There are ATMs that take Visa and MasterCard but it helps to have $100 in your pocket in case the local system cannot connect to a foreign host, which happens sometimes. The CBD has a lot of forex bureaus.

Visa: A one-month multiple entry visa costs $90 and can be obtained at the Burundi embassy in Pretoria. They only take US dollars. It’s important to note that visas are not issued at the airport and land borders.