Super 15: Every dog has its day 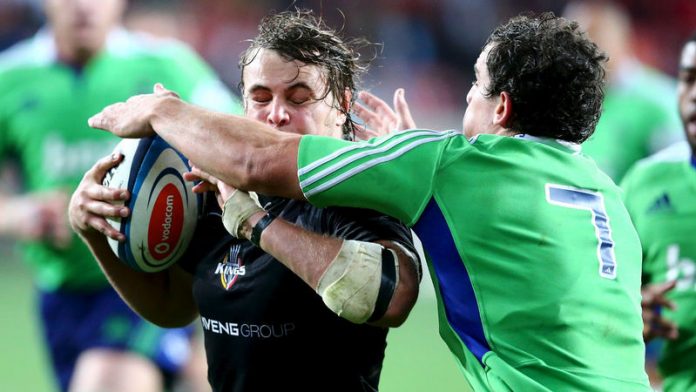 All but one of the games — Queensland's 32-17 win over the Sharks — were decided by less than seven points, and there were 37 tries scored in six matches in the latest round — 16 by losing teams — and six out of 12 teams claimed four-try bonus points. That now seems almost standard: there were 41 tries scored in the 12th round and 31 the week before.

No team in the competition is without a win after 13 rounds, each regional conference is close and, with seven regular season rounds remaining, as many as 11 teams have a chance of reaching the play-offs.

It also seems a tournament in which every dog has its day: even the Southern Kings, who were pummeled 72-10 a week ago, bounced back and beat the Highlanders 34-27 for the second win of their debut season.

The best attacking team in the competition — the Hamilton-based Chiefs — have scored 338 points at an average of more than 33 points per match, with eight bonus points. Even the last-placed Highlanders have averaged more than 20 points per game.

The ACT Brumbies, who remain atop the table after taking four points from a 13th-round bye, have the best defensive record of the season, conceding just under 18 points per match. The Port Elizabeth-based Kings are the worst defensive performers, conceding almost 36 points per game or, overall, 159 points more than they have scored.

The closeness of the competition, as well as its shortcomings, was shown on Friday when the 14th-placed Western Force lost 22-21 to the defending champion Chiefs.

The Chiefs were slow to start, conceding an early try before recovering to lead 19-11 at halftime. When flyhalf Aaron Cruden kicked his fifth penalty and sixth successful goal of the night in the 44th minute, they stretched that lead to 22-11 and seemed on the way to a convincing win.

Instead, they allowed the Force to close within a point after 61 minutes, with the second try of the match scored by winger Pat Dellit. The last 19 minutes of the match were scoreless as the Chiefs lost all attacking momentum and the Force found no means to create another scoring opportunity.

"We sort-of got in the situation where we should have closed that out comfortably, but didn't," Chiefs coach Dave Rennie said. "We had opportunities to put them in the corner and strangle them down there, but we then we go through multiple phases."

The same lax second half which marred the Chiefs' performance was exhibited in the Auckland-based Blues' 36-32 win over the 12th-placed Melbourne Rebels.

Winger Frank Halai and center Francis Saili combined for five first half tries and the Blues took a commanding 29-10 lead to halftime. But in the second half, their gameplan disintegrated and they were outscored 22-7 by the Rebels who were unlucky not to claim their third win of the season.

The Rebels scored two first half tries by simply returning kickoffs after the Blues had scored.

"We need to have the ability to go out in the second half and repeat the performance of the first half which was very solid with some good tries," coach John Kirwan said. "In the second half we let the pedal off a bit. We'll take the five points. That's a real positive for us."

The Queensland Reds howed better ability to sustain a performance in their four tries to two win over the Sharks. The Durban-based Sharks, now 11th placed with 29 points, are possibly the lowest-placed team still in with a chance of making the playoffs.

The Reds put aside the pick and go style of recent matches to reproduce some of their best attacking form.

"All we did is dust off stuff we already had," coach Ewen McKenzie said. "We didn't actually create anything new.

The Wellington-based Hurricanes beat the well-performed Cheetahs 39-34 at Bloemfontein. The win lifted the Hurricanes to ninth place and left the Cheetahs five points behind the Bulls in the South African conference.

Coach Mark Hammett said the Hurricanes had responded well to the previous week's heavy loss to the Bulls, and to the absence of their captain Conrad Smith who suffered severe concussion in that match.

"You can go one of two ways," Hammett said. "You can take the smack on the hand and stand up and accept that where we were wasn't good enough. Or you can sulk.

"The guys all took it like men, stood up and that's why we got the performance."

The New South Wales Waratahs beat the Cape Town-based Stormers 21-15 to rise to eighth on the table, only four points out of the top six, while dropping the Stormers to 10th. – Sapa-AP