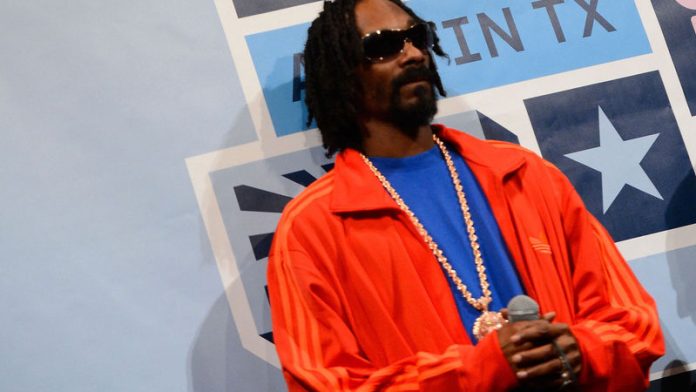 In an interview with the Guardian, Snoop Lion said of the transition from rapper Dogg to reggae-influenced Lion: "I wanted to make songs about the life I'm living now as a father and as a 41-year-old man, as opposed to always talking about my childhood and my upbringing. I don't think it could have worked through rap because of my branding."

South Africans will now get a taste of what the change of moniker has done for his music, when he performs in Durban on May 18 at the Moses Mabhida Stadium.

Snoop Lion will be headlining the MTV Africa All Stars showcase, which, according to MTV is "a pan-African music and youth empowerment campaign, saluting the star quality and widespread appeal of contemporary African musicians".

He will be joined by artists from around the continent such as Fally Ipupa from the Democratic Republic of Congo, Nigeria’s 2Face, D'Banj and Flavour, who will be joined by South Africa’s Professor, Big Nuz, Camp Mulla, Zakes Bantwini and Zahara.

Snoop Lion has also been confirmed to play two concerts in Johannesburg and Cape Town, which are separate from the MTV Base showcase.

He will be performing on May 19 2013 at the Ellis Park Indoor Arena in Johannesburg, where he will be supported by award-winning rapper AKA. On May 21 he will be at the Grand West Casino in Cape Town.

Snoop Dogg fans need not fear a reggae-dancehall only affair as he is expected to perform fan favourites, such as Gin and Juice and Drop It like It’s Hot, which have made him one of the most notable rappers in the world.

MTV will also be hostng a youth empowerment workshop at the Playhouse in Durban on May 17, where up-and-coming artists will get a chance to network with industry insiders from around the continent. A pre-party will also be held at Moyo restaurant in Durban and will see the South African Music Award-winning trio Mi Casa perform.

The gates open at 5pm on Saturday. Tickets can be bought for R40 at Computicket outlets and Checkers.

Tickets for the Johannesburg and Cape Town shows can be purchased at Computicket and range from R350 to R650.

Boity takes control of her story