How Coke is getting up Zim government’s nose 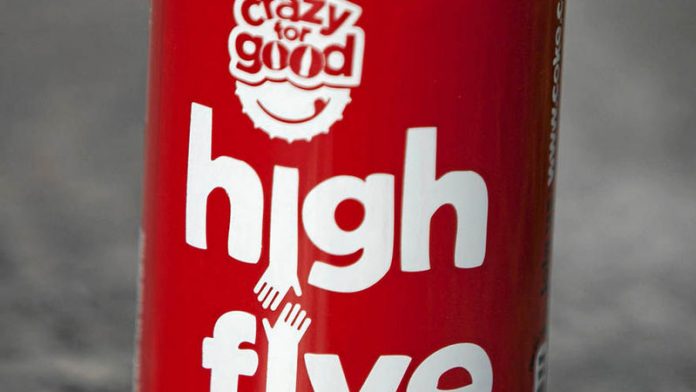 According to a report in Zimbabwe's state-controlled daily, the Herald, this week, the company has been selling red cans with images of open palms on them.

The evidence is damning: the MDC's symbol is an open palm and the party's colour is red. This, the paper concluded, proved beyond all doubt that Coca-Cola was up to no good.

"Questions have been raised over Coca-Cola in Zimbabwe's Crazy for Good campaign that was launched last week featuring open-palm symbols on its flagship, red Coca-Cola cans," the Herald revealed.

The paper dug deeper into this mischief.

"What raised eyebrows," it wrote, was "the fact that palms are on the red cans only and not on flavours that bear other colours like the blue Sprite or yellow Fanta cans."

It removed all doubt, the Herald suggested, before tying it all together like an eagle-eyed detective in the final scene of a whodunit: "Red is MDC's preferred colour."

'Telling'
The Coke cans feature messages such as "Shout out something nice" and "Tell someone they are special'', the paper noted. But these are just a cover for a more sinister slogan: "High-five everybody", which the paper said was "telling".

"The timing of the campaign, coming as it does just a few weeks before harmonised elections constitutionally scheduled for June 29 has raised suspicion," the Herald explained.

Mona Karingi, a Coca-Cola brand manager, said red had, in fact, been part of the Coke brand for well over a century.

"We are in the business of refreshing consumers and are not associated with politics at all," she was quoted as saying.

"Soon even chickens will be said to be working with the MDC-T because they have open feet which show the MDC-T symbol," Tamborinyoka said.

But Zanu-PF's deputy director of information Psychology Maziwisa said his party is taking this seriously and that the MDC is denying an obvious connection. Coca-Cola must explain why it chose only the red cans, he said.

"We want our sovereignty and independence as a country to be respected. We wantcommercial entities to operate with us purely on commercial and business terms and not to delve into politics," Maziwisa said.

Can your employer force you to be vaccinated? Here’s the current law