Bismarck excluded from Sharks squad ahead of Bulls clash 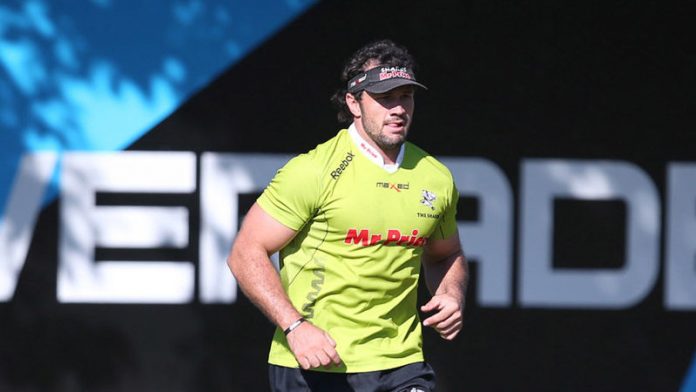 However, fellow Springbok forward Tendai Mtawarira has returned in one of three changes to the run-on XV.

There was growing speculation that hooker Du Plessis will return from almost 10 months out after undergoing knee surgery last year, while another experienced man expected to return, Butch James, has also been excluded.

Mtawarira, who missed his side's tour to Australasia with a calf problem, returns to the starting fold ahead of JC Janse van Rensburg.

The other changes see Piet Lindeque come in at centre for midfielder JP Pietersen, with Pieter-Steph du Toit replacing the injured Anton Bresler.

“We're forced to make a change, with JP Pietersen out, meaning Piet Lindeque will start in his place. Anton Bresler hurt his shoulder in training today so he's out this week," said Plumtree.

'Big game for both teams'
The coastal franchise face their fierce northern rivals at Kings Park on Saturday, on the back of snapping a five-match losing streak in Perth last Friday.

“This is a big game for both teams, the Bulls have been playing really well lately, their forward have dominated and they're enjoying momentum,” Plumtree added.

“They've also dominated territory through their kicking game, they've dominated upfront and we know it's going to be a really tough game for us.”

Little fish battle the Sharks Board

Lions SA’s only hope at title

Same old, same old … the Jo’burg side have their work cut out to shake up a stagnant competition
Read more
Sport

Saturday’s game will be a showpiece of young talent, which is likely to become the norm given the exodus of proven players chasing big money
Read more
Sport