Umhlaba 1913-2013: Primeval snapshots of our lost and stolen worlds 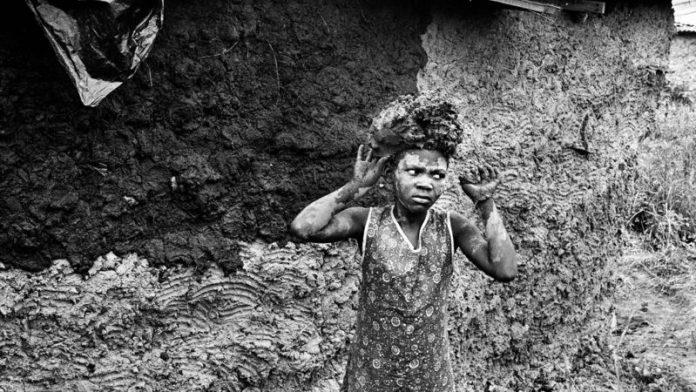 At face value, Umhlaba 1913-2013, currently on view at the South African National Gallery in Cape Town, is a timely and important exhibition commemorating the Natives Land Act of 1913. Its launch on March 25 coincided with Land Divided, a conference on land-related issues hosted by the University of Cape Town.

But Umhlaba (“land” in the Nguni languages) is more than simply a visual chronicle of dispossession and restitution in this country, of the black body’s passage from pastoral rondavel to urban tenement and bondage. It is also a position statement on the form and meaning of socially conscious photography, both past and present.

For some time now, at least since 1990, there has been agitation around the subject of what South African photography is, and what it ought to be. “We need to go beyond politics or maybe redefine what politics is,” wrote Paul Weinberg in a 1991 essay that appeared in the literary magazine Staffrider.

“Documentary photography is challenged to play its role.”

This role has been intensively debated. Eight years ago, at a public talk hosted by the Market Photo Workshop, a training institution in central Johannesburg, Sarah Nuttall, then a senior researcher at the Wits Institute for Social and Economic Research, argued for a broader definition of socially conscious photography.

Remarking on how seldom the cosmopolitan potential of Johannesburg was being pictured, Nuttall, now director of the institute, proposed black middle-class consumer culture as one possible subject for this new photography.

“I felt young photographers were not, or were not being taught, to draw on the new modes of self-making in this city, to translate their medium in innovative ways, as a way of placing the photographic image once again at the heart of the public imagination, a place it has lost in recent years,” she explained shortly afterwards.

The lie of the land
Jürgen Schadeberg — the veteran photojournalist who had just launched his book Voices from the Land, an ambitious (if uneven) document of the living conditions of farm labourers in the first decade after 1994 — disagreed. Responding from the floor, Schadeberg berated Nuttall for living in “cloud-cuckoo-land”.

“The main battle in South Africa is social,” he declared.

Although only a token presence on Umhlaba, Schadeberg’s view is clearly the decisive one for curators Bongi Dhlomo-Mautloa, David Goldblatt, Pam Warne and Paul Weinberg.

Their exhibition, which employs the work of about 30 photographers and 12 archives, is wide-ranging and sombre. It cannot be otherwise. Taken by conquest, its seizure buttressed by the law, land and its restitution remain central to the post-1994 debate.

Umhlaba begins with 32 portraits from the massive archive of 23 000 glass-plate negatives produced between 1892 and 1945 by self-taught studio photographer Hugh Exton. These formal portraits of self-possessed black dandies in three-piece suits, young white lovers and withdrawn farmers’ wives were made in Exton’s Pietersburg studio around the turn of the 20th century.

Produced with formal care and equanimity for his racially diverse sitters, Exton’s portraits suggest a moment of possibility — of mutuality and nominal racial equality —that was being savaged at the same instant.

Along with Exton’s portraits, which are presented in a horizontal line on three walls, appear images describing the conflicts and migrations that marked South African history prior to unification in 1910.

It is a smart ploy, one in which the self-fashioning of studio portraiture — essentially the Facebook of an earlier age — collides with the unapologetic directness of photojournalism.

Decisive moments
Displayed in close proximity to Exton’s 1913 portrait of GG Maloisi, a raffish man in a dark three-piece suit, bow tie and white lace-up shoes, are the partially constituted remnants of an anonymous 1906 glass-plate negative. It shows the decapitated head of Bambatha, the Zulu leader executed for leading a rebellion against the introduction of a poll tax by colonial authorities.

It is not a big jump from this grim photo to the images of abasement and servitude that came to define the mid-century portfolios of Schadeberg, Eli Weinberg, Ernest Cole and Peter Magubane, all of whom are represented in Umhlaba. The economical selection, which includes Cole’s study of a group of naked mineworkers being subjected to a medical examination, feels like a formality.

In 1982, amid the increased militarisation of daily life in South Africa, a group of local photographers joined forces and founded the nonracial photo agency Afrapix. Their method of slowly essaying subjects and circumstances upended the decisive-moment fiction beloved of post-war photojournalists.

Oddly, for all its achievements, the 30th anniversary of this defunct collective went unremarked in the press last year. In a sense, Umhlaba is a belated swan song for Afrapix. The show includes essays by three prominent Afrapix figures: Omar Badsha, Santu Mofokeng and Weinberg. Peasant life is not simply imaged in their essays but permitted subtle agency.

“When I joined Afrapix, people said they weren’t journalists but documentarians doing projects,” offered Mofokeng in a 2007 interview. He then laughed heartily.

“I was just a journalist making pictures.” There is humility in his admission.

There are many important pieces of visual journalism gathered together in Umhlaba. One significant example is a 1980 essay by Goldblatt.

If Mofokeng is our Baudelaire — unruly, wandering, drawn to shadow, a poet of threshold spaces — Goldblatt is our Tolstoy: moral, austere, undeniably a historian, and irreducibly canonical. His essay on Ramabonela “Kas” Maine, a black rural sharecropper, bears out all these attributes.

Born in 1894, Maine would be forgotten were it not for the work of Charles van Onselen. The two met in 1979. Van Onselen, a revisionist historian, was collecting oral testimonies. Maine, a lithe old man with a white beard eking out a meagre existence on a small plot of farming land in Ledig, a resettlement camp near Sun City, had many stories to tell.

In clipped, almost Beckettian language, Maine — whom Goldblatt photographed repairing his primitive animal-drawn implements with rudimentary tools — one day told Van Onselen: “The seed is mine. The ploughshares are mine. The span of oxen is mine. Everything is mine. Only the land is theirs.” The statement is a kind of skeleton key to the exhibition.

Polylingual and transnational
Umhlaba’s stately essays — there are seven in total — are a bridge between the early ethnographic studies, studio portraits and news photographs, and a rather jumbled selection of singular images that describe the period from 1994 onwards. The shambolic quality of the latter section is a surprise.

In the post-apartheid years, South African photography has flourished, delivering new documentarians working in new ways, among them Zanele Muholi, Mikhael Subotzky and the duo of Adam Broomberg and Oliver Chanarin. Instead of making sense of this polylingual and transnational photography, the curators have opted for a hotchpotch selection of mostly news images. The result is less a comment on the state of contemporary photography than a retreat from it.

Schadeberg’s essay on post-apartheid farm life is one of many noticeable omissions. Possibly more decisive is the absence of Van Riebeeck’s Hedge — A Voyage Around an Object. Made in 1992, this serial study took as its subject Van Riebeeck’s Hedge, an organic barrier defence erected in Cape Town by Dutch settlers, parts of which are still extant.

It in turn informed Jo Ractliffe’s early portrayals of land as a site of trauma, notably her montage Vlakplaas, 2 June 1999 (Drive-by Shooting) (2000). Both these works interrogated the limits of the photograph as document and evidence.

It is not all bad news. Graeme Williams gets his due. Unlike Gold­blatt, his transition to colour was the occasion for formal experimentation and rediscovery; it didn’t lessen the social import of his photography.

Newcomer Ilan Godfrey, winner of the 2012 Ernest Cole Award, is represented by selections from his work in progress study, Legacy of the Mine, notably a portrait of a 25-year-old sex worker waiting for business in a Welkom wood. The mining industry is not just the source of labour unrest and fresh resettlement but fragile sustenance.

Umhlaba begins with Exton, an unheralded figure who made pictures of unknowns, and ends with another overlooked image-maker: the nurse-turned-photographer Gille de Vlieg.

In 1986 De Vlieg, an Afrapix member, photographed Lesego Makganye working the land on Braklaagte, a farm acquired by the Bahurutshe ba ga Moiloa people in 1908 and the site of numerous failed attempts by the apartheid state to forcefully evict its owners.

“Sometimes it was a literal gift. I remember one very impoverished woman rushing into her house and returning with bottled peaches.”

Although it ends on an optimistic note, Umhlaba does not tie a bright ribbon around the story of lan dispossession.

The show includes Henk Kruger’s photo of burning crates in De Doorns and Oupa Nkosi’s portrait of assembled mineworkers from Marikana. They are paired with Greg Marinovich’s still-life compositions of police forensic markings following the massacre.

If it was a song, Umhlaba would be a dirge.

Umhlaba 1913 — 2013 runs at the Iziko South African National Gallery until July 28. It will travel to the Wits Art Museum in August