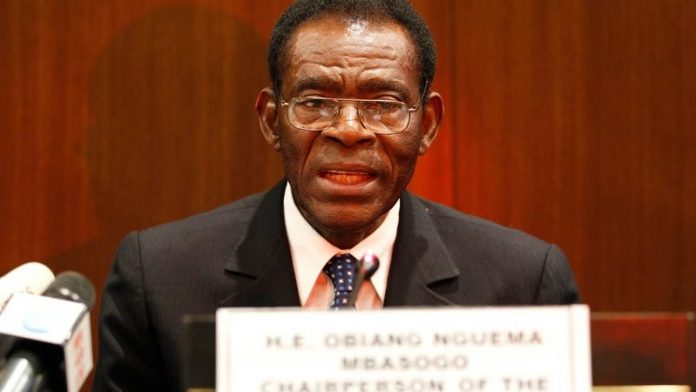 The Democratic Party of Equatorial Guinea (PDGE), headed by Africa's longest serving leader, is expected to clinch an overwhelming victory.

The small central west African nation, the continent's third-largest oil producer, has been under the iron-fisted rule of Teodoro Obiang Nguema for 34 years and successive elections have been widely seen as flawed.

"These are sham elections, just like the other elections organised by the Obiang dictatorship," said Placido Mico, the lone opposition lawmaker in a Parliament where Obiang's PDGE holds 99 of the 100 seats.

Mico said he had received reports of "fraud everywhere", that Obiang party supporters were voting multiple times and in many voting stations his party's bulletins were nowhere to be seen. Polls closed at 5pm (3pm GMT).

Sunday's parliamentary and local elections follow constitutional reforms adopted after a referendum in 2011 which established a senate as well as creating the post of vice-president and limited presidential terms to two.

However it is not clear whether the law is retrospective and if Obiang will have to step down at the end of his term in 2016.

The opposition branded the referendum a masquerade aimed at cementing Obiang's power and grooming his unruly playboy son to succeed him.

Obiang's long reign
The 71-year-old Obiang came to power in the former Spanish colony after toppling his brutally despotic uncle in 1979 and having him shot.

He has been regularly re-elected, but often by default as opposition parties have boycotted elections. In 2009 he won elections with 95% of the vote.

An attempt by about 200 opposition members to protest on May 15 was quickly quashed by police.

"I came to vote to be left alone to do business, one can't be neutral under such a regime, you have to pretend," said businessman Vicente Campanet.

Lawyer Fabian Nsue, an opposition ally, said: "It is not worth voting, the results are already known, the ruling party will get the lion's share."

Corruption
The country – partially on the African mainland and also including several islands, one of which is home to Malabo – has long been seen as one of the most corrupt and autocratic on the continent.

Since striking oil in the early 1990s, it is now also one of the richest – although more than two thirds of the country lives under the poverty line.

Obiang has attempted to use the windfall to improve his much-maligned image and raise his country's profile.

Billions of dollars have been poured into infrastructure in the capital.

For an African Union summit in 2011 government built the new city of Sipopo, including a mansion for each of the 52 heads of state, a resort spa and a golf course.

Obiang also co-hosted the African Cup of Nations in 2012 and offered up his oil millions to finance a Unesco science prize bearing his name to contribute to research into Aids, tuberculosis and malaria.

When Unesco bowed to pressure from rights campaigners and refused to award the prize, Obiang dispatched his unruly scion as permanent deputy envoy to the United Nations body in apparent retaliation.

The 41-year-old Teodoro Obiang Mangue, nicknamed Teodorin, is best known for his $31-million Malibu home, a fleet of luxury sports cars and a valuable collection of Michael Jackson memorabilia. – AFP

Many Cameroonians sceptical as elections approach