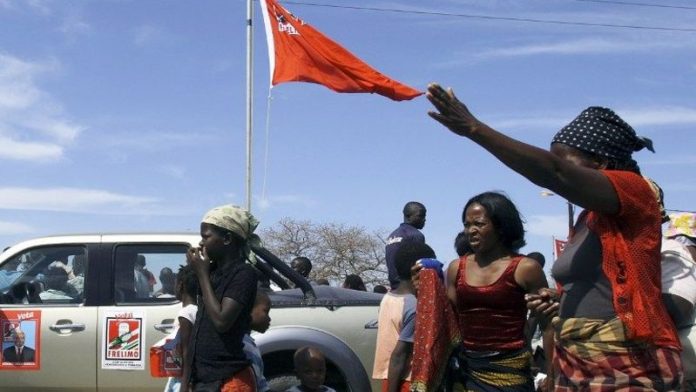 The southern African nation will hold local elections in November and use the same voters' roll in general polls next year.

"The party is tired, old and out of ideas. It has become dangerous," Renamo spokesperson Fernando Mazanga told reporters in the capital Maputo.

Renamo's demands
The opposition party – which won 16.5% of the vote in 2009 – has demanded more representation in election bodies and the armed forces before the next elections.

It also wants a cut of coal and natural gas revenues as Mozambique gears up to become a continental natural resource giant.

Its call to renegotiate 1992 peace terms that ended a 16-year-long civil war has heightened already-tense relations with the government.

In April tensions over the issue spilled into violent conflict in central Sofala province which left five policemen and three civilians dead.

Renamo leader Afonso Dhlakama set up a training base in the province's Gorongosa mountains last year.

Many recruits were aged civil war veterans, and mostly from the anti-Frelimo northern parts of the vast country.

Violence
Last Friday Renamo claimed it wounded 17 members of the elite police Rapid Intervention Force during a clash near its base.

The government said a policeman set off the clash when he accidentally fired a shot while trying to disarm Renamo fighters.

But the former rebels accuse Frelimo of an assassination plot against Dhlakama, their leader since the civil war who has failed four times to win elections.

"The situation could deteriorate at any moment, given the huge presence of men from the intervention force in the area," Renamo spokesperson Fernando Mazanga told AFP.

"Any misunderstanding could result in combat," he said.

The war-time adversaries are now holding weekly meetings to resolve their differences ahead of the vote and Renamo has given its team 30 days to reach an agreement.

The party could still change its mind about the upcoming poll, said Mazanga.

"Where there is a political will, everything is possible," he told AFP.

Yet it seems the government's chief negotiator, Agriculture Minister Jose Pacheco, has a difficult task to orchestrate a positive outcome.

"Pacheco wants Renamo back in the election system but I don't know what he can possibly offer," said Joseph Hanlon, Mozambique analyst and lecturer at the UK's Open University.

Renamo's demand for greater participation in the electoral process is almost impossible to achieve, he added.

"They need to do something over the next month or two before they have to start putting forward candidates."

Boycott tactics
And the party's boycott tactics aren't new. Renamo refused to nominate members to the election commission and also didn't run in municipal by-elections in 2011.

Renamo lawmakers leave Parliament whenever President Armando Guebuza speaks there. Despite the tensions, ordinary Mozambicans brush off Renamo's threats to disrupt the vote as political tactics.

"I think they will participate in the end," said Olga Kavele while queueing for voter registration.

"They always do this kind of thing in order to influence Frelimo," she said.

Only 44% of registered voters participated in the 2009 polls, where Frelimo won three quarters of votes cast.

"Whenever elections come there are these types of conflicts. We are used to it. People prefer to stay at home and not elect them," said Kavele.

A possible boycott may play in favour of a new party, the Democratic Movement of Mozambique (MDM). Started by Renamo defectors months before the 2009 vote, the MDM party won 8.6% of the vote and now holds mayorships in two northern cities.

It’s been a year since Frelimo and Renamo signed the Maputo Accord. This time, the peace might just hold
Read more
Africa

The violence in Cabo Delgado province by al-Shabaab (the youth) can be linked to jihadist influence, the continued marginalisation of Muslim people, and the lure of income from trafficking natural resources
Read more
Africa

Minister of Home Affairs Aaron Motsoaledi has defended the new amendments to the Refugees Act that came into effect at the...
Read more
Advertising
Continue to the category
Politics