Deciding who is the best at energy efficiency 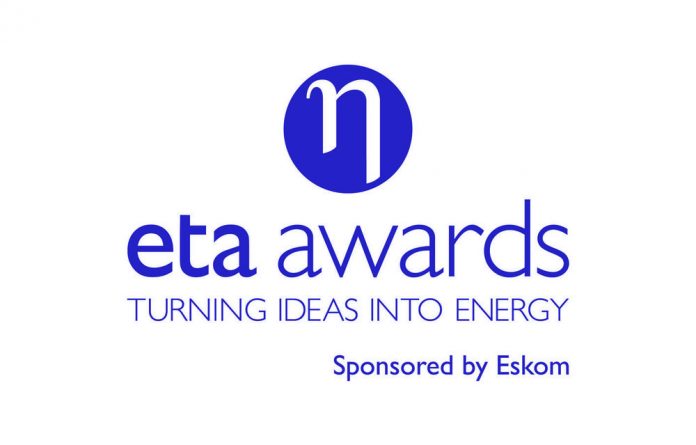 She also served terms on the judging panels of the SANParks Kudu Awards and The Green Trust Awards. She is currently the founder and editor of Africa's first journalistic investigation unit focusing on environmental issues, the Oxpeckers Centre for Investigative Environmental Journalism. The centre combines traditional investigative reporting with data analysis and geo-mapping tools to expose eco-offences.

Prior to founding Oxpeckers, Macleod served as environmental editor at the Mail & Guardian for 10 years, and was awarded the prestigious Nick Steele award for her contributions to environmental conservation through her pioneering reportage. She is a former editor of Earthyear magazine, chief sub-editor and assistant editor of the M&G, editor-in-chief of HomeGrown magazines, managing editor of True Love and production editor of The Executive. She has also edited several books, including Your Guide to Green Living; A Social Contract: The Way Forward; and Fighting for Justice.

Dr Snowy Khoza
Khoza joined the eta Awards judging panel in 2010, bringing with her more than 30 years' senior management experience and a commitment to youth development. Until recently she was the group executive: business technologies and facilities at the Development Bank of Southern Africa.

Khoza chairs the Trans-Caledon Tunnel Authority board and is the first black woman to chair this multi-billion-rand organisation. She is a member of several associations, including the International Women's Forum South Africa, the Business Women Association, the South African Social Services Council and the South African Association for Public Administration and Management.

She believes that energy efficiency should be encouraged in all sectors of society and that it is important for people and businesses to enter the awards to spread the word about their good work.

Professor Dieter Holm
Holm has been a judge in the eta Awards since their inception in 1985 and qualified as an architect at the University of Pretoria, where he also obtained his master's and doctoral degrees.

Professor Roy Marcus
Marcus has been the chairman of the eta Awards since 2004 and a judge since 2003. He is an honorary professor of mechanical engineering at the University of Johannesburg.

He currently holds the position of chairperson of the Da Vinci Institute for Technology Management, a private postgraduate school of business that specialises in the management of technology, innovation and people.

Dr Tsakani Mthombeni
Mthombeni is a relatively new addition to the eta judging panel and currently holds the position of general manager: energy at the Technology Innovation Agency.

He previously worked as a senior energy engineer in the Anglo Technical division of Anglo American, tasked with promoting energy efficiency practices within the group's companies and at Eskom as a technical manager in the demand-side management department.

Joan du Toit
Du Toit has been an invaluable part of that eta Awards judging panel for over 10 years. She was a senior researcher at the Institute for Futures Research (IFR) until March 2007 and spent most of her time on a study project commissioned by the department of energy.

She served on the editorial committees for two annual international energy conferences and has participated in the mitigation options section of South Africa's national reporting document under the United Nations Framework Convention on Climate Change. She was responsible for compiling the final report for this section.

Lisa Reynolds
Reynolds was inspired to join the eta judging panel after winning the "Woman in Energy, Industrial" eta Award in 2007 and worked in the building industry for 13 years.

Reynolds is part of the regulatory advisory group for the newly drafted national building regulation for energy efficiency in buildings and was chair of the working group that drafted the supporting standards.

Manfred Braune
Braune is a talented new addition to the judging panel, having joined in 2011, and has worked in the property industry (design and construction) for approximately 14 years, mostly with the WSP Group as a consulting engineer and in more recent years as a sustainable buildings consultant.

While at WSP, he was involved in various building design and construction projects in a technical and managerial role, including the first Green Star SA rated project in South Africa (Nedbank Phase II in Sandton) and four further Green Star SA certified projects.

In September 2010 he took on the position of technical executive at the Green Building Council of South Africa, where he heads up all technical aspects.

Grobler is certified as an energy manager and a measurement and verification professional by the AEE. He is registered as a professional engineer with the Engineering Council of South Africa and received his PhD at the University of Pretoria.

Professor Nelson Ijumba
Ijumba is a long-standing judge, having been involved in the judging of the awards since the 2003.

He is a professor in electrical engineering and the deputy vice-chancellor responsible for research at the University of KwaZulu-Natal. He is also the academic leader of the High Voltage Direct Current Centre (HVDC), which was established at UKZN in conjunction with Eskom for the purpose of conducting research and specialist training in HVDC technology.

His international industrial and academic career includes work in Tanzania, the Netherlands, Kenya and South Africa, where he has served on a number of Eskom's steering committees as well as on the ministerial working group for developing a national energy research and development strategy.

Professor Ogyan D Dintchev
Dintchev has been an eta Awards judge since 2010 and is a professor in power engineering at the department of electrical engineering at the Tshwane University of Technology (TUT). He is a team leader of TUT's measurement and verification team that is contracted by the energy audits section of Eskom's assurance and forensics department.

As such, he and his team are involved in quantifying and reporting the energy savings of various demand-side managed energy saving and energy management projects in South Africa.

He is involved in various community development projects that introduce renewable energy sources and efficient and sustainable usage of energy into local communities.

Professor Xiaohua Xia
Xia has been a judge in the eta Awards since 2009. He is a member of the electrical, electronic and computer engineering department at the University of Pretoria. His current focus of research is on energy modelling and optimisation, following his master's degree study on short-term load forecasting. He is the director of the South African national hub for the postgraduate programme in energy efficiency and demand-side management.

He is also a regular reviewer for journals and a guest speaker at conferences such as the IEEE Conference on Decision and Control, IFAC World Congress, IEEE Transactions on Automatic Control, on Control Systems Technology and Automatica.

Alistair Schorn
Alistair Schorn has served as a judge in the Young Designers category of the eta Awards since 2008, and every year he finds himself inspired by the enthusiasm that the entrants in this category show for sustainability and energy efficiency. He holds a master's degree in international economics from the University of Pretoria.

From 2006 to 2011, he was the head of the Emerging Economies Network at WWF, the Worldwide Fund for Nature, promoting environmentally sustainable economic development in emerging economies such as China, India and South Africa.

EDITORIAL: Justice must be seen to be done – in court not online

How sub-Saharan Africa can harness its big electricity opportunities