Grooming journalists for the digital age 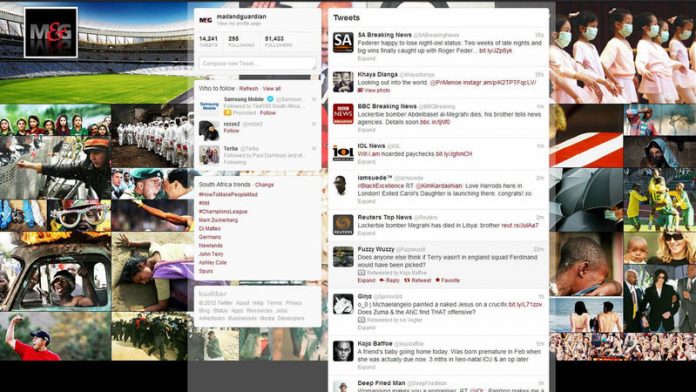 Beneath the ebbs and flows of gathering information as well as the packaging and presentation thereof, it is situated on shifting tectonic plates called “need” and “medium”.

Have a quick gander at the last two decades or so: Gone are the days of smoke filled newsrooms, copy smeared with typewriter ink and layouts done using typesetters and pica rulers. There are no more darkrooms once thick with the stale aroma of processing chemicals morphed into digital cameras. Desktop publishing gave us PageMaker and CorelDraw that, in turn, made way for InDesign and Photoshop. Mac’s reign supreme now.

Social media such as Twitter and Facebook have made the once hurried 24-hour news cycle a lethargic relic of the past. The only cogs in newsrooms left unchanged are the bellowing editors and even they are not exempt from extinction. Do we even mention the Protection of information Bill?

Thrusts through the crust of this profession have been many. Today’s norm is fast, short snippets with the option of delving deeper. As a journalist, be that in a printed, broadcasted or digital medium, it is a tough enough challenge surviving in this tumultuous epoch of change, so how do you go about preparing would-be journalists for what awaits them after graduation?

“You teach them to always think critically and to analyze, you instill in them the sense of responsibly that they, as journalists, have and you give them enough depth of knowledge to fall back on.

“No matter what the medium, that was, is and will remain the bedrock of good journalism,” says Hannelie Otto, senior lecturer at the department of communication at the North-West University’s Potchefstroom Campus. “It is imperative that journalists comport themselves in a critical manner however much professional practices change.”

The advent of social media and its subsequent evolution as an invaluable media tool has changed the way journalists interact with consumers. It has changed the speed of the dissemination of information and the form thereof. Most significantly, it has given users the means to be newsmakers and commentators without the prerequisite knowledge of how to do so in a responsible manner.

“That can be dangerous and have far-reaching consequences as this is a generation that engages instinctively,” says Hannelie Booyens, a seasoned journalist.

“But, through his use of Twitter during the Oscar Pistorius saga, journalist Barry Bateman gained more than 100 000 new followers through fact-based journalism. Bateman again showed that if you follow basic journalistic principles and don’t allow yourself to be swept away by sensationalism, you will be viewed as an authority on a subject. This is a perfect example of what we try to teach our students.”

“Another goal of ours is for them to be able to work for any platform,” states Otto.

To achieve this, the journalistic curriculum’s various modules are interconnected by means of cross-outcomes. It’s a synchronization that mimics the convergence currently at play within the mediaverse. Cover it, type it, tweet it, post it, snap it, broadcast it, blog it, link it. And for good measure write a press release about it.

“We want to make sure they are a jack of all trades, master of all.” The honours group is quite small which means that students benefit from ample individual attention from lecturers.

“We have experts that hail from numerous different private sectors and we have a vast network of experts that we regularly consult. They’ll give lectures on photo journalism, on running social media campaigns, on investigative journalism, you name it,” says Booyens.

The newest addition to the University’s corps is the appointment of that most relentless and fearless of newshounds: Max du Preez. “Max is an icon and a fantastic role model for the students. He is the intrepid type of journalist this country will need more of in the future.”

Coupled with the school for communication’s simulation teaching methods that replicate the conditions, time-constraints, outcome requirements and consumer-interaction that is part and parcel of the modern newsroom, and you have a budding journalist geared for the digital age.

Hodan Nalayeh was a Somali journalist famous for telling uplifting, positive stories about her country. She was killed in a terrorist attack in Kismayo in July 2019. A year later, the writer Ifrah Udgoon remembers how Nalayeh’s life and work shaped her own
Read more
Opinion

Journalists need to value criticism of their work to the same degree they value press freedom, argues Julie Reid in this extract from ‘Tell Our Story: Multiplying Voices in the News Media’
Read more
Africa

With many readers coming to news sites from social media links, they may not pay attention to the subtle clues that mark a story published by the opinion staff
Read more
Africa

Ahmed Divela was one of Ghana’s most fearless investigative journalists. This edited excerpt about his killing is from Faces of Assassination
Read more
Advertising
Continue to the category
Coronavirus