Editorial: Trust is key to a new labour deal 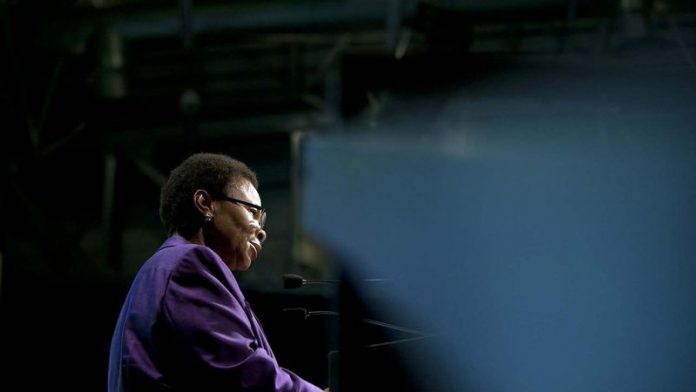 As we report in this edition, a peacekeeping force of some kind has been mooted to end the violence still haunting the platinum belt, where unionists on both sides of the labour divide have been murdered, and where, it is feared, a situation similar to that which led to 44 deaths last year could be developing. Nobody wants a rerun of August 16 2012, but what is happening to prevent that?

As we also report, few people seem to think a peacekeeping unit in Marikana will help much. Police personnel are government employees and the ANC, the governing party, is in an alliance with the trade union ­federation Cosatu, of which the National Union of Mineworkers (NUM) is a member. So it seems likely that the people of Marikana will see any such force as a tool of the state and, by extension, the previously dominant union, the NUM.

Successful peacekeeping relies on the building of trust. Mines Minister Susan Shabangu built no trust when she said recently that the challenge to the NUM from its competitor, the Association of Mineworkers and Construction Union (Amcu), was a matter of political power. These "forces", she said, "want to realise one major objective: ultimately to defeat and dislodge the ANC from power".

Admittedly, she also advised Cosatu to rebuild from the ground up, which is good advice, but she can't demonise Amcu one day and moan the next that the unions are "decimating each other". And then she calls for "unity"?

What needs to be rebuilt from the ground up is South Africa's labour regime. It is teetering and crumbling in too many places. Marikana is just the most visible and painful exemplar of the situation, but there are a host of other instances showing its instability.

Cosatu's hostility
In Parliament this week, ANC MPs echoed Cosatu's hostility to provisions on labour brokers and strike ballots in the Labour Relations Amendment Bill. Its provisions have already been negotiated through the National Economic, Development and Labour Council and are a good example of the kind of negotiated solution needed if stability is to return to Marikana and the rest of the mining industry – let alone to create jobs.

One example: the Bill mandates ballots for strikes, as argued for by business; labour may not like it but it has to give way on some matters. That's the nature of a negotiated solution. So, with President Jacob Zuma sending his deputy and other ministers off last week to talk to all the role-players and find solutions, they will need to ask what such negotiations require.

Ballots for strikes are an important issue, as are thresholds for union acceptance by management, as shown by the ongoing talks at the Lonmin mine at Marikana. The NUM may be trying to filibuster in that area and has seized on a legislated three-month window to try to reverse its fortunes, but it shouldn't be kidding itself that simply reinvoking the rules is going to help in the long run.

Yes, there need to be rules – but at the moment it looks as though it's the rules themselves that need to be renegotiated. Hallowed principles such as collective bargaining may even have to be rethought if they are to apply to union organising in ways that do not infringe the rights of any workers, or leave some voices unheard. Being unwilling or unable to hear those voices ultimately led to the Marikana tragedy, an anniversary that we are rapidly approaching.

Let us not reach August 16 2013 to find the situation unchanged.