Land of milk and money? Residents have their doubts 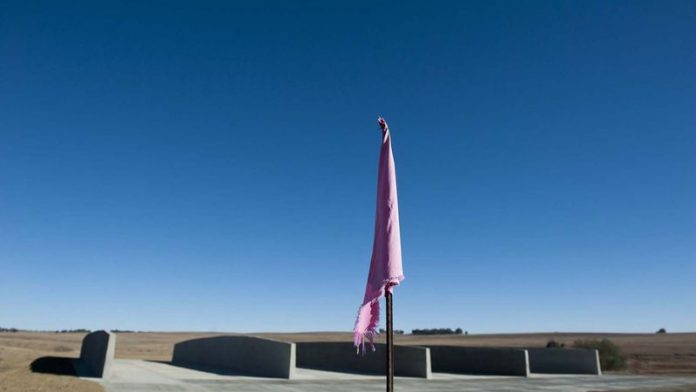 The town, about 200km southeast of Johannesburg and close to KwaZulu-Natal, was founded on the Krynauwslust farm.

More than 100 years later, Krynauwslust – about 4400 hectares of land that now belong to the municipality and more or less encircle the town – is once again a bone of contention.

Vrede has gone from rural obscurity to something of a national talking point following claims that a planned multimillion-rand dairy project on the town's outskirts might have links to the well-connected Gupta family.

The project is being punted by the Free State department of agriculture, which has sold it to taxpayers as a public-private partnership between the government, an Indian dairy company, Paras, and a South African company, Estina.

A friendly place, with the obligatory stone church in the centre, people are quick to talk but unwilling to give their names because of the "politics". In such a tightknit community secrets usually do not stay secret for very long. But it seems that senior municipal officials have kept details of the dairy project tightly under wraps.

Tractors and borehole markers
One Vrede local said this week that there has been "a lot of talk around town about this dairy project but no one knows what is going on. It's a big secret."

At least the location of the farm is known: it lies about 3km from the town. Apart from a few tractors and borehole markers, the only sign that something is happening there is a partly constructed cement structure, which appears to be the beginning of a maize silo.

The lack of transparency about how it is to be managed has led  most of the people interviewed to question whether the project is viable or sustainable.

Although the Free State government has presented the initiative as a way to create jobs and benefit emerging small farmers, some of the locals fear it could become a white elephant.

Democratic Alliance town council member Doctor Radebe, who has been a vocal critic  of the scheme, said this week that, since the project was first mentioned at a June 2012 council meeting, there had been a suspicion that "something wasn't right".

He said that, from presentations made to the council by both the provincial agriculture department and Estina and Paras, it became clear that there was "a political mind behind the project and not an agriculture mind".

A livestock farmer himself, Radebe said detailed plans about how exactly the project would be implemented had never been made available.

No criteria
"I asked who did the feasibility study; I never got an answer. Instead, the mayor is the one answering questions, not the administrative staff. What has become clear is that the instructions for this project came from the provincial department."

The Free State government, to which the municipality has ceded the land, claimed at council meetings last year that the project would "lure dairy farmers back to Vrede and its surrounding areas".

At a meeting with local farmers called by the council late last year, provincial agriculture officials tried to get dairy farmers to buy into the project. Residents were told emerging farmers would benefit because the provincial agriculture department would buy hundreds of cows and distribute them to farmers in the local township of Thembalihle. Residents would each get a few cows and the milk would go to the dairy.

But a local entrepreneur said this week: "There are no criteria for who would get the cows."

A farmer said similar large-scale projects had failed to take off because there was a lack of electricity in the area.

Although residents have their doubts, some say they would welcome the investment if the project took off and benefited local business. Until then the town's economy will continue to rely on the hope of good maize crops and high beef prices.

Neither the Free State agriculture department nor Estina responded to questions.