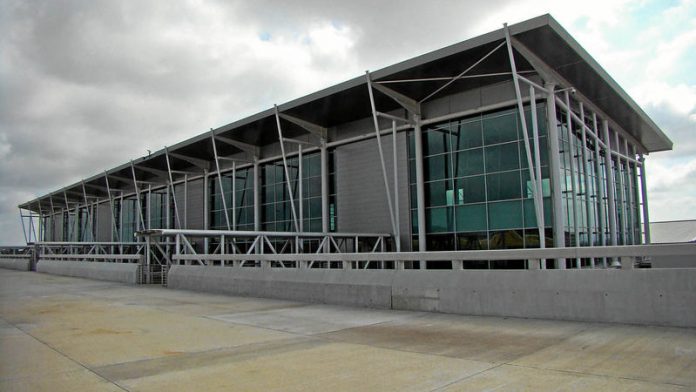 A senior government engineer has warned that construction flaws in Swaziland's new Sikhuphe International Airport are likely to render the R2.36-billion facility unusable.

AmaBhungane is in possession of two confidential technical reports by the engineer, Derrick Dlamini, alleging that there are major structural defects in the airport's concrete apron and that it is unfit for use by large commercial aircraft.

The Swazi government; the project manager between March 2010 and June last year, Pretoria-based Aurecon; and the contractor on the apron, Inyatsi Construction, have all denied the claims. AmaBhungane has confirmed that an independent consultant  brought in by Aurecon, Dr Pieter Strauss, has declared the slab "functional".

King Mswati III's controversial airport project, scheduled to open later this year, has already come under fierce criticism as a wanton extravagance in a poor country (see "On a runway to nowhere").

Dlamini was acting director of the Millennium Project Management Unit, the state's implementing agency on Sikhuphe.

He was sidelined in early 2013 after tabling his second report to the Millennium Project technical committee, which is chaired by Swaziland's principal secretary for economic planning, Bertram Stewart.

Mswati and Prime Minister Barnabas Dlamini are understood to have seen the reports, which a palace source leaked to amaBhungane.

In his latest report, in February, Dlamini called for the government to institute a "comprehensive forensic audit" of the airport, saying this is likely to unravel widespread fraud and other irregularities.

Integrity and serviceability
His call was echoed by another engineer, who is familiar with the project and reviewed Dlamini's assessment.

The engineer, who asked not to be named because he does other work for the government, said: "Looking at [Dlamini's] chart indicating the defective [apron] panels, I would have serious doubts about the slab's integrity and serviceability.

"I agree … that a proper forensic investigation is warranted."

Dlamini has a master's degree in engineering (project and construction management) from the University of the Witwatersrand, and received additional training at the Virginia Polytechnic Institute and State University in the United States. He has worked on other large infrastructure projects, including Swaziland's Mbabane-Oshoek highway (MR-3 – worth R1-billion). Wits Administrator Thembi Mtselu confirmed to amaBhungane that: "Mr Derrick Dlamini 0318250P qualified for GDE on 26th January 2005 and graduated on the 24th May 2005;  and he qualified for Master of Engineering on 30th August 2006 and graduated on 05 December 2006."

Aurecon hotly disputed his assessment of the apron, saying it was "unfounded", and questioned his expertise.

Aurecon's Swaziland country manager, Louis Steyn, emphasised that his company had no design or construction responsibility for the apron, but that Aurecon's own independent expert had given it a clean bill of health.

Percy Simelane, the Swaziland government spokesperson, said the state was "absolutely" satisfied with the work done.

Under construction
Sikhuphe, situated in rural eastern Swaziland, about 80km from the capital, Mbabane, is a stop-start affair that has been under construction for a decade.

According to Dlamini, it has been plagued by disruptions caused by funding shortages, poor construction methods and lack of capacity.

He was drafted in last year to revive the project after it had been stalled for 16 months because contractors and consultants had not been paid.

His report states that major structural defects started to appear during the construction of the R40-million apron slab – a concrete platform in front of the terminal building where aircraft unload, load and refuel, and where they reach their maximum weight before takeoff.

On completion in January 2011, it was subjected to various tests, including imaging by ground-penetrating radar and the excavation of some slabs for analysis.

Inyatsi – which also built the runway and the taxiway – was required to carry out remedial work.

Highly suspect
However, the repairs were "not reassuring", Dlamini reports, as the strength and quality of the structure remained "highly suspect".

"The apron is deteriorating even before it is in service. Widespread sinking, puncturing and breakage of panels should be expected … as soon as [it] is put into service."

Dlamini warned that the structure "cannot withstand the deflections resulting from the weights of the jumbo jets it is designed for. Even a Fokker 100, which Swaziland once operated from [the existing] Matsapha Airport … would overstress [it]."

He predicted that a McDonnell Douglas MD-87 jet – which Mswati acquired last year as a "gift" – "would fare even worse".

The official opening of the airport has been repeatedly postponed. Royal sources said that Mswati had directed that he would open it on April 19, his birthday, but that the date has been put forward to September this year.

Contacted for comment, Dlamini referred inquiries to the government.

'The reports were for the sole purpose of updating the technical committee, with the view of sensitising government to the problems and requirements for completing the project and ensuring the best value for money. They were not meant for the media," he said.

Sensitising government
His report states that in 2011 about 12% of the apron slabs were shown to be defective.

This had allegedly led to confessions by the foreman of Inyatsi and the clerk of works of the consulting engineer, Bicon, that they had conspired to cut corners and flout construction procedures and specifications. The two have subsequently been dismissed.

His report said that this had affected, in particular, the installation of steel reinforcement bars in the slab. He also alleged that Inyatsi's foreman did not have

Aurecon and Bicon were asked about these claims, but did not respond.

However, Steyn said that the company had engaged an independent expert for advice – presumably a reference to Pieter Strauss – whose technical audit "found that the aprons are functional".

"Significant work" had been done to repair "obvious constraints" in the apron before the audit.

Steyn said a copy of the audit report could not be provided to amaBhungane as it was government property.

"[Dlamini's February 2013] report is not the official view of the ministry but the personal views of the author. We have a letter from the government stating that we should disregard [it]," he said.

David Roberts, Inyatsi's chief executive, said his company had "complied with our contractual obligations … and we unreservedly stand by the quality of our workmanship in all respects.

"The concrete apron slab … was inspected by two independent professional bodies, including the Cement and Concrete Institute of South Africa, with the final product having been found to have been constructed to the required specification."

Roberts described Dlamini's report as flawed "and written by an incompetent person who claims to be an engineer".

Bicon refused to answer questions, saying it answered only to the government.

Asked whether the government would institute a forensic investigation or judicial inquiry into Dlamini's allegations of corruption, undue enrichment, cover-ups and criminal behaviour on the part of officials or organisations involved in the airport project, government spokesperson Simelane said: "The government of Swaziland, through the auditor general's office, will undertake an audit … as it does with all other government projects."

He added that "there are warranties in place for the remedial works [to be] done at Sikhuphe to the government's satisfaction".

Simelane said to date expenditure on the Sikhuphe stands at R2.36-billion. However, sources say it's approximately R3-billion.

On a runway to nowhere

King Mswati's obsession with propelling Swaziland to first-world status apparently lies behind the decision to forge ahead with the construction of Sikhuphe International Airport.

The king has brushed aside a chorus of objections to the project, saying "such infrastructure comes with the benefit of job creation and investment opportunities".

In his address at the opening of Parliament this year, he said: "There have been great developments in the new airport that will place this country on [a] par with other international airports of the world. Government should explore all available avenues to market the airport to international airlines."

The cost of Sikhuphe has ballooned to R2.36-billion, representing 20% of Swaziland's R13-billion national budget this year. As long ago as 2003, the International Monetary Fund complained that it posed "a threat to budgetary resources for meeting the country's social needs" and should not be built. Critics point out that there are four other international airports within a 400km radius. The initial  drawcard, reported African Aviation Tribune in February 2013, was for Sikuphe to compete with Durban and Johannesburg.

It pointed out that the existing Matsapha Airport, near Manzini, "currently only sees a handful of flights a day, all to one destination: Johannesburg. The Swazi government is going to have its work cut out … in terms of turning this potential white elephant into a cash cow."

There is also environmental concern, as the airport is located in the heart of Swaziland's bushveld region, near its largest wildlife sanctuary, Hlane Royal National Park and Mkhaya Game Reserve.

However, an environmentalist in Mbabane said a number of airports around the world are built in environmentally sensitive areas. "Stakeholders are pursuing balance for sustainable development."

The Swaziland Civil Aviation Authority elected not to comment.

Fast facts about the kingdom