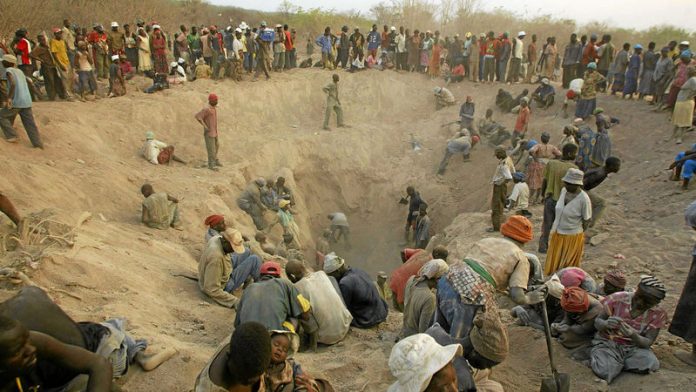 While Zimbabwe's 2013 National Budget shows that Treasury received $41-million from diamond mining in 2012, matching the amount received the year earlier, one company, Mbada Diamonds, says it has paid has $293-million to the government since it started mining in 2009, the Portfolio Committee on Mines and Energy said in report that it compiled over four years.

“There are very serious discrepancies between what government receives from the sector and what the diamond mining companies claim to have remitted to Treasury,” the committee said.

Chris Gavrilides, the managing director of Johannesburg- based New Reclamation, which has a stake in Mbada, referred queries to Jeremy Joffe, the chief executive officer. Joffe was not in his office today and didn’t immediately reply to an e-mailed request for comment.