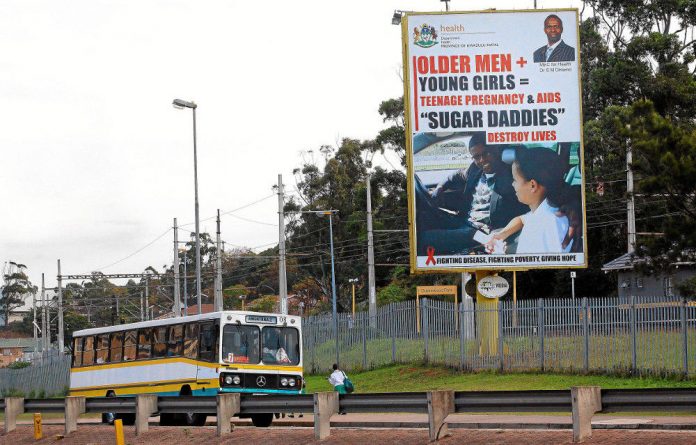 Child support grants can significantly reduce teenage girls' chances of contracting HIV, according to study results released at the sixth South African HIV conference in Durban this week. "Girls are half as likely to be having transactional sex or become involved with older partners if they get a child–focussed grant or go to a free school – which reduces their chance of contracting HIV," said Lucie Cluver, who is affiliated with both the Universities of Cape Town and Oxford.

According to the study, the government's monthly child support grants of R290 per child and foster care grants of R800 per child per month, for parents looking after orphans, can reduce the prevalence of teenage girls having transactional sex by 55% and the likelihood of them having sexual partners five or more years older than them by 55 – 60%."

The University of Cape Town's Children's Institute however found that only 70% – or 11–million – of eligible children in South Africa accessed child support grants in 2012. "While we've made progress with grants, we need to work hard to find those 30% who are not," said Cluver.

Department of social development spokesperson Lumka Oliphant said the government is in the process of finalising the result of a study that investigates "these exclusion errors among eligible children".

"Sometimes it has to do with no ID or birth certificates, but we keep on hearing that farmers are preventing their employees, [some of them parents of children who qualify for grants] from going to any government departments. The farmers don't want to be traced or want the government to know how much they pay their workers."

Cluver said research from South Africa, Tanzania and Zimbabwe shows  that older men or "sugar daddies", which could be men in their twenties and older, are much more likely to be infected with HIV than younger boys "because they have had more sexual partners and if they have money, are more likely to have had more girlfriends".

According to Cluver, girls who have sexual partners which provide them with material support – like food or school fees – are often less able to negotiate condom use as they are in unequal power relationships.

Oliphant said the study results confirm the findings of a government study, known as the impact evaluation of child support grants, which found that adolescents receiving grants are more likely to finish school and also perform better; less likely to resort to child labour; and significantly less likely to engage in risky behaviour such as unprotected sex or alcohol abuse.

She said that early receipt of child support grants (accessing it at 18 months or younger) "appears important in reducing adolescent engagement in sexual intercourse, alcohol use, drug use and criminal activity as well as early pregnancy".

Cluver's study results are part of a bigger research project, the Young Carers project, which is a partnership between government, nongovernmental organisations and academics. The project interviewed 8 500 children and their caregivers twice between 2009 and 2012.

"These findings give a very clear message that the maintenance and expansion of our country's social grants and free schooling are an essential part of our HIV prevention strategy," she said.

Professional or working class, unemployment has hammered black women the most