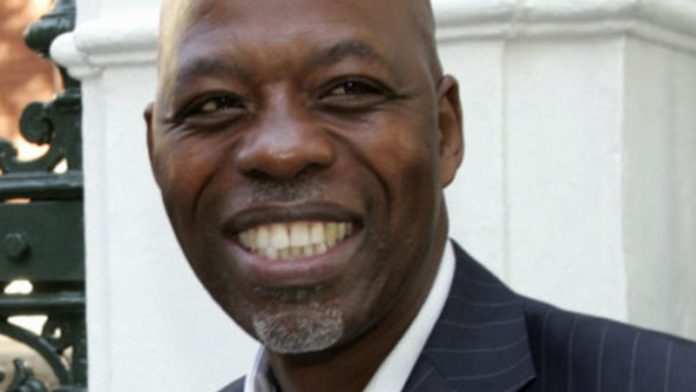 Speaking on Thursday at the end of a debate marking the centenary of the infamous 1913 Natives Land Act, he appealed to Land Reform Minister Gugile Nkwinti to "place a ceiling" on land ownership, with surplus land released to those who needed it.

In his first speech before the House since assuming his new office earlier in the day, Sizani provoked an outcry when he appealed to Democratic Alliance parliamentary leader Lindiwe Mazibuko to "please talk to your farmers".

He then referred to warders on Robben Island during the apartheid era, who had boasted to political prisoners at the time "that you can take South Africa, but you [can] never have Stellenbosch".

This caused an eruption of protests and shouts from opposition benches, and loud applause from ruling party MPs.

Sizani then called on Nkwinti to act swiftly on land reform and redistribution.

"Honourable Nkwinti, tax all fallow land, and get it back to the … nation. Place a ceiling on land ownership, so that you can release the land to those who need it."

Message to Freedom Front Plus​
Sizani told MPs that the ANC would not allow the privatisation of communal land.

"We will not allow the privatisation of communal land. Why? Because we know it will be bought by the same people who say we must privatise it. We will protect it."

He asked Nkwinti to "initiate the fast-tracking of socio-economic rights to land by indigent families, with a concomitant sub-division of agricultural land so that it must be shared among those who need it".

Sizani had a message for Freedom Front Plus leader Pieter Mulder, who also serves as deputy agriculture minister.

"We want you to continue to defend the farmers. But we also want you to tell them that the landless and the poor that live on their farms must share [in] the land as well."

It was "not possible" for those farmers "to hoard onto the land and not release it to be shared among those who need the land", Sizani said.

"The DA is fully committed to land restitution and land reform as means to redress the injustices of the past … and to build a stronger rural economy into the future."

However, the process to date had been "crippled by inefficiency".

She suggested there was a need "to take the political heat out of land reform" and come up with creative solutions. Speaking in the debate, Nkwinti repeated that there would be further opportunity to submit land claims.

"We are going to re-open the land claims, and South Africans are going to have an opportunity once more to lodge claims."

In terms of current proposals, this window of opportunity would be for five years, until 2018. The Natives Land Act was passed into law by the Union Parliament of South Africa on June 19 1913.

It restricted the ownership of land by black South Africans to about 13% of the country. Phumelele Stone Sizani replaced Mathole Motshekga as ANC chief whip on Thursday.

The change took effect just over an hour after being announced by ANC secretary general Gwede Mantashe.

Deputy Speaker Nomaindia Mfeketo gave this as the reason for a 15-minute delay in the start of the sitting of the National Assembly on Thursday. – Sapa

Majodina is ready to whip, dressed to kill