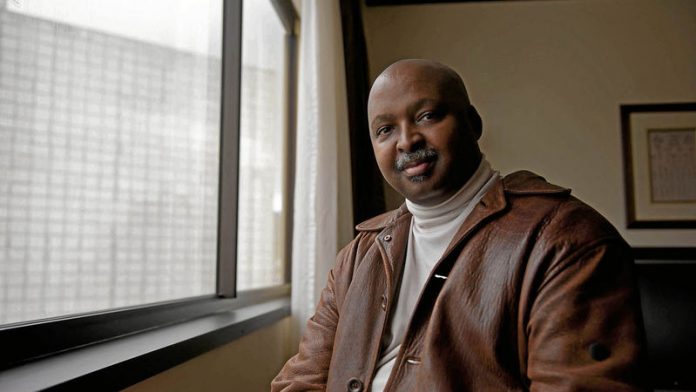 The management style of Lumko Mtimde, chief executive of the Media Development and Diversity Agency (MDDA), is likely to come under the spotlight following the institution of a forensic investigation into allegations of corruption and maladministration by the agency's board.

The probe into the state-funded organisation comes a few weeks after employees, past and present, asked the board to conduct the audit because of a number of allegations, including corruption and maladministration.

This week Mtimde refused to respond to allegations made against him and the organisation, but the agency's board chairperson, Phelisa Nkomo, confirmed that a forensic audit was launched three weeks ago and that it would be completed in less than two months.

"We can confirm that we have indeed appointed a forensic audit to investigate allegations and complaints from employees at the MDDA," Nkomo said. "At this stage we cannot comment because we are awaiting the report of the forensic audit. Once we have that, we will definitely comment."

The Mail & Guardian has seen some of the complaints given to the auditors and the nine-member board, which includes former Independent Communications Authority of South Africa councillors Robert Nkuna and Nadia Bulbulia, and former Government Communication and Information System chief executive Jimmy Manyi.

Unfair treatment
The investigation is being conducted by the G9 Group, a forensic consulting company based in Johannesburg.

The issue of high staff turnover at the statutory agency is top of the investigator's list.

The M&G has a seen the names of 15 employees who have left the agency due to what some claim was victimisation, harassment and unfair treatment at the hands of senior management.

"I have suffered in the hands of current leadership at the MDDA," writes the former programme manager of monitoring and evaluation, Thembelihle Sibeko, in one of the complaints to the board. "I have witnessed victimisation of some colleagues and many who have since left the employment of the agency. Some former colleagues stated their frustrations and alleged that they were led to resign. I am experiencing similar and I have been made to be less productive."

Julia Mudzikwa, a former internal audit and risk manager of the agency, says in her complaint that the former board failed to investigate staff turnover and it never questioned Mtimde's management style or the reasons for the "baseless" resignations, dismissals and retrenchments.

Mudzikwa, who was retrenched in April this year after a "restructuring" process took place while she was on leave, has taken her case to the Commission for Conciliation, Mediation and Arbitration.

"I am of the opinion that, in an organisation as small as the MDDA, where staff members resign at such a rate [as] is happening at MDDA, the accounting authority should be bothered and want to hear from employees as this is a red flag," said Mudzikwa. "I believe that concerns about MDDA management were raised previously and unfortunately there is no change.

Lack of emotional intelligence
"Lumko's management style is that of a one-man show, divide and rule. He has divided employees into groupings. He instils fear in employees, he does not want to be challenged, he has no regard for humanity, he speaks to employees like he speaks to trash, he behaves like he is god and is untouchable, he favours other employees over others, he lacks emotional intelligence, manages by corridor talks, and the list is endless."

Another senior employee, the agency's programme manager, Lindinkosi Ndibongo, has also complained about Mtimde's management style and how it has divided the agency. "It is clear for everyone to see who are the CEO's preferred staff members and those in bad books," writes Ndibongo. "This is reflected in all staff meetings, strategy planning sessions and management meetings."

Also at the centre of the investigation are claims that the agency has been channelling funds to preferred service providers.

The M&G understands that one of the providers of broadcasting equipment, which is seen to be favoured over others, has raked in an estimated R20-million or more from the agency.

The M&G understands that several employees have no post-matric qualifications but occupy senior positions and earn huge salaries.

Increases or decreases in salaries has also been raised with the board and auditors.

Internal organisational matters
Senior managers are proposing that "the current salary structure be reviewed to reflect equality in salary scales, thus closing the huge gaps between senior and junior employees".

The M&G sent questions to Mtimde a week ago asking him to comment on the appointment of the forensic audit and the allegations made against him and his senior management.

The agency was set up in 2004 to "enable historically disadvantaged communities and persons not adequately served by the media to gain access to the media".

During the 2013-2014 financial year, the agency received R21-million from the government.

It also receives about R4-million a year from the mainstream media, including Media24, Independent Newspapers, Times Media and Caxton.

Govin Reddy fought for the freedom of people and the media

DA to challenge Manyi’s appointment to media board