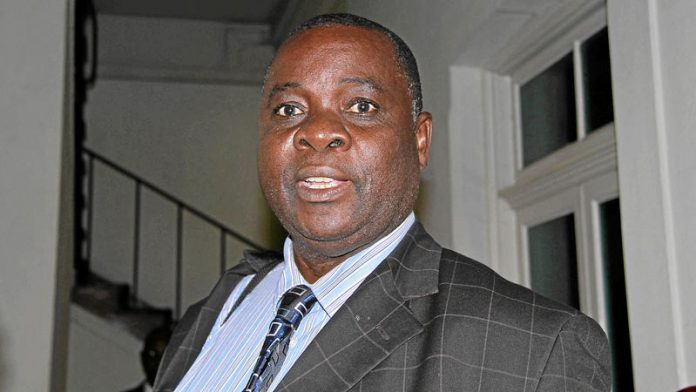 Zimbabwe is losing millions of dollars in potential revenue from its Chiadzwa diamond fields due to smuggling, underhand dealings and a weak policy on investment in the sector, a parliamentary committee has said.

The Mines and Mining Development committee, which includes MPs from both Zanu-PF and the opposition Movement for Democratic Change, is also scathing in its criticism of Mines Minister Obert Mpofu, whom it fingers for frustrating the work of the committee and discouraging officials from diamond companies from co-operating with the parliamentary team.

Chindori-Chininga's death has fuelled conspiracy theories on social media networks. Baba Jukwa's Facebook page, whose owner claims to be a Zanu-PF insider, had, in recent weeks, warned Chindori-Chininga, saying he was suspected by other party officials of feeding the page with confidential party information.

The parliamentary report, tabled last week, brings Mpofu into the spotlight and highlights the lack of transparency in the manner in which investors were chosen to partner the government in the mining of diamonds, especially Mbada Diamonds.

"The committee observed with dismay that the minister [Mpofu] and his officials did not want to disclose who selected the joint venture partners. They created the impression that the selection process was done by an unknown person or body, and this is clearly unacceptable," it said.

Companies popping up 'like mushrooms'
The number of companies operating in Chiadzwa is not known, and Finance Minister Tendai Biti recently told Parliament that they were popping up "like mushrooms" as a result of the secrecy surrounding the operations.

Among the registered miners are Marange Resources, which is wholly owned by the state's Zimbabwe Mining Development Corporation (ZMDC); – Mbada Diamonds, Anjin, Canadile, whose licence was revoked by the government in 2010, and Diamond Mining Company – in which the ZMDC has a 50% stake.

In the report, Chindori-Chininga's committee condemned Mbada Diamonds and Canadile, saying the two deals do not accord with any known precedents, procedures or reference to any legislation.

Canadile's director, Lovemore Kurotwi, was arrested on allegations that he misrepresented to government that Canadile had money to invest, when it was bankrupt. Kurotwi hit back, saying Mpofu has asked him for a bribe. The case is still before the court.

The committee said it could not pass judgment on the two other partnerships, Anjin and Diamond Mining Company, due to interference with their work that, at one time, saw the lawmakers aborting a site visit to the fields as it became "very unpleasant because the committee was constantly mobbed by security agents".

The committee took issue with the manner in which investors for joint ventures were selected. It pointed to the selection of Reclamation, which has a shareholding in Mbada through Grandwell Holdings. The committee said former ZMDC board chair, Gloria Mawarire, had lied to the committee, saying Cabinet had chosen Reclamation as a partner, but withdrew the statement after she was made aware that the committee had minutes of Cabinet meetings that did not reflect this decision.

Mbada Diamonds
The mines committee said the government might have been prejudiced by the overstated amount of investments by its joint venture partners, a case in point being Mbada Diamonds. Parliament was informed by Mbada that it had made investments worth $185-million, but a due-dilligence report by the ZMDC had expressed reservations about that amount.

The committee said Mbada Diamonds had not been cooperative during its visit. Mbada's officials also refused to appear before the committee, only doing so after it invoked a section of an Act of Parliament that enables it to issue summons. When officials from Mbada had eventually appeared, the committee said, they seemed to be influenced by a mines ministry instruction not to cooperate.

The report also refers to an auction sale of diamonds by Mbada which was aborted in 2009 because it had not informed the relevant parties, and a large part of its own board did not know of the intended auction – ­further raising suspicions.

Mbada had disregarded the ZMDC board and had displayed a "Big Brother syndrome" that rendered government institutions powerless to question it, said the report.

The committee also singled out someone called Dr Mhlanga, who, it said, was listed as chairperson of Mbada but who later crossed the floor to represent the interests of the government.

The committee raised the concern that there is no shared management of the mine between Mbada and the government because Mbada has full control of the operational and financial activities of the mine, hence government just acts as "a bystander" and simply accepts in good faith whatever Mbada declares as profit.

Smuggling and corruption
The parliamentary committee said it had observed with concern that the government had not realised any meaningful contributions from diamonds because there are "serious discrepancies between what it receives and what the diamond- mining companies claim to have remitted to treasury".

The report quoted Mbada Diamonds as saying that it had paid $293-million to the government since it started mining in 2009, including $117-million in 2011-2012. But it pointed out that Biti had said in his 2013 budget statement that the government had only received $41-million in diamond revenues last year.

The report also said there were reports of smuggling from the fields and that at one time two senior security officers employed by one of the mining firms were found in possession of 57 pieces of diamond at a police road block.

The committee said much of the land in Chiadzwa remains under the protection of the army, so there have been no adequate studies to ascertain the quantity of diamonds there. The report estimates that Zimbabwe has the capacity to supply 25% of the global world market.

The committee said Mpofu was violating the ZMDC Act by appointing board members to the parastatal's subsidiary firms when the law prohibits him from doing so.

They added that the minister's unilateral appointments to subsidiary companies saw a number of individuals with conflicts of interests being appointed as board members, to the extent that some of them even owned their own diamond-trading companies.

The report blasted the government's delays in introducing a comprehensive law to regulate the operations of the diamond sector. Although a diamond policy was formulated in 2012, MPs said it cannot be used to enforce transparency in the industry.

Deputy Justice Minister Obert Gutu said: "The fact that Zimbabwe's diamond mining industry is run like a Mafia enterprise is a public secret."

The man behind Mbada
The chairperson of Mbada Diamonds, mega-rich Zimbabwean businessman Robert Mhlanga, is President Robert Mugabe's former personal pilot and is alleged to be his business agent.

The Mail & Guardian reported last year that Mhlanga had been on a R185-million property-buying spree, acquiring prime real estate on the Durban north coast and in Sandton, Johannesburg.

His property dealings raised eyebrows because he appeared to be content to pay up to six times the going rate for the properties.

The M&G also reported that he is at the centre of an opaque network of companies based in South Africa, Mauritius, Hong Kong and the British Virgin Islands.

Mbada Diamonds is a 50-50 joint venture with the New Reclamation Group, which entered through its Mauritian registered subsidiary, Grandwell Holdings.

In May this year Mhlanga told Parliament that Mbada Diamonds had had a turnover of just less than $600-million in the past two years.

It had paid half of this in dividends and taxes to Zimbabwe's treasury, 26% towards working capital and 24% (about R612-million) to private shareholders.

Mbada diamonds last year claimed it was under attack from a "jealous and outright anti-Zimbabwe and anti-African Agenda".