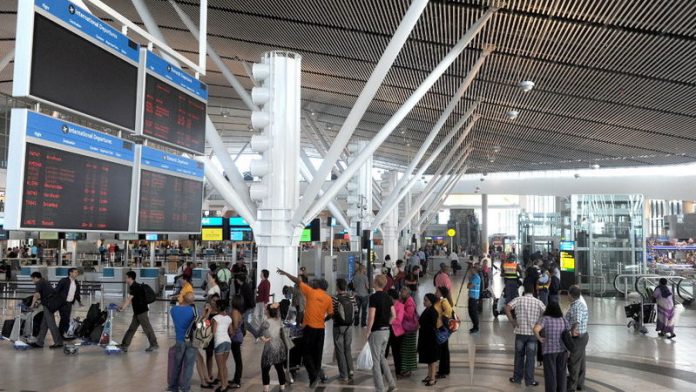 "With this latest action at one of the country's airports, in full view of the world, and particularly during this time in our country, the following question is asked in respect of this lawlessness: in whose interest are they serving and to achieve what objective," asked the department of human settlements in a statement on Wednesday.

"This action remains condemned by all right thinking people. This is definitely not the way to address service delivery issues."

The five would appear in court once charged.

"When the Makhaza open-toilet saga came into the public domain for the first time, the department of human settlements in collaboration with the Human Rights Commission condemned it and the municipality was called upon to address and rectify the situation," the statement continued.

"The task and channels created by the department with the Human Rights Commission remain relevant. At the same time we encourage the City of Cape Town to address this matter speedily."

Acting airport spokesperson Deborah Francis on Tuesday said the group apparently pretended to be passengers and carried plastic bags through to the domestic and international departures terminal at about 1.30pm.

Airport a national key point
"It happened literally within a few split seconds. They threw it, jumped back into the cars and sped off," she said at the time.

The group was then apprehended by police. Francis said the airport was a national key point.

"The scene was handed over to the South African Police Service, and the area has been demarcated. Once they've assessed everything, there are Hazmat consultants that will clean up."

Francis said the incident had not resulted in any operational delays and entrances in the terminal hall remained open.

Two weeks ago, 183 people were arrested on public violence charges at the Esplanade train station in Woodstock for carrying portable flush toilets and human waste in blue municipal bags.

They apparently also sang freedom songs which included a reference to Western Cape premier Helen Zille as a dog.

The court released the group on warning and ordered them to return on August 2 after further investigation.

Kicking up a stink
The state was unsuccessful in its bid to block bail for Yandani Kulati, Thembela Mbanjwa and former councillor and ANC Youth League member Andile Lili.

At the start of the month, a group of people in Khayelitsha threw human waste at a bus and cars used for transport to a green economy event hosted by Zille.

The day before, two men dumped faeces on the steps of the Western Cape legislature in a protest about portable flush toilets.

The men identified themselves to the Cape Argus newspaper at the time as Lili and ANC proportional councillor and youth league member Loyiso Nkohla.

The protests were linked to the apparent dissatisfaction by some communities over sanitation in informal settlements and the rolling-out of portable flush toilets.

On June 13 the ANC Youth League said it would not discipline members who went on a poo flinging missions and praised them for their ability to connect with communities.

While the league said it did not approve of the method used in the protest against poor sanitation in Cape Town informal settlements, it said it understood the frustration of the protestors.

“Assuming that they didn’t throw faeces, we wouldn’t be here,” coordinator of the ANC youth league national task team Magasela Mzobe told journalists at the time.

'No small achievement'
Another youth league task team member, Braam Hanekom, said while the league was opposed to poo-flinging as a protest method it had led to the issue being put on the national agenda.

“While we don’t like the method used and we had condemned it, we are not naïve about the fact that what they did was no small achievement,” said Hanekom.

Mzobe said no member of the league would be taken through a disciplinary process by the national task team because of their role in the matter.

“We have engaged them and are confident that they won’t be doing that thing again. We don’t think disciplining them will resolve the problem, we think that people who should be disciplined are the authorities that are responsible for the cleaning or non-cleaning of the toilets not our members." – Sapa